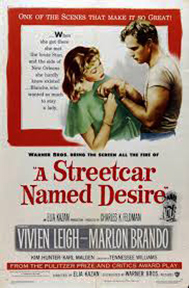 When a movie says it is set in New Orleans, it is hard not spending most of the time trying to pick out landmarks and laughing at what the filmmakers got wrong.

So, with many of us at home watching TV, it’s a great time to check out movies and TV shows that showcase New Orleans, and remind us why we love it.

Here are a few of my recommendations, plus where to find them. (True confession: I talk about movies on “Hollywood Highlights” on WWL-TV’s Great Day Louisiana.)

I have divided into “Watch Now!”; “That’s Not Right!”; “Vintage”; “Paul Newman and Joanne Woodward collaborations,” and “Mardi Gras.” I am not choosing any movies about Hurricane Katrina or pandemics, such as “Panic in the Streets,” as I don’t want to trigger anything in these stressful times. 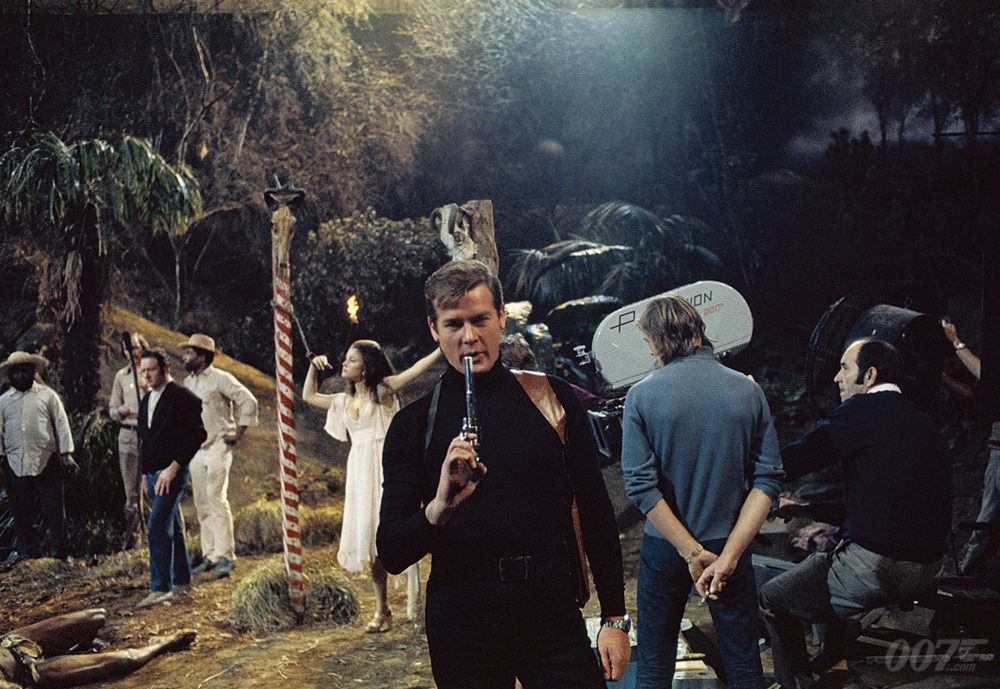 Live and Let Die (1973)
I am going to start with one of my favorite movies, only part of which is set in New Orleans: James Bond’s “Live and Let Die” has one of the best second-line scenes, courtesy of the Olympia Brass Band, as well as a boat chase through the Louisiana swamps ever captured on screen.

It was Roger Moore’s first time on the screen as Bond, and of course it’s got Voodoo, which is now a familiar trope in movies set here, but it works in this movie. And like many, I wonder, “Can I make a reservation at Fillet of Soul?”

Where to watch it: Pluto TV

Girls Trip (2017)
One of the funniest comedies set in New Orleans, “Girls Trip” stars Tiffany Haddish, Regina Hall, Queen Latifah and Jada Pinkett Smith as college friends, the Flossy Posse, who reconnect years later at the Essence Festival. It is a wild ride that also shows off the city – through remember, there really isn’t a zip-line across Bourbon Street.

Where to watch it: Prime Video (rental) 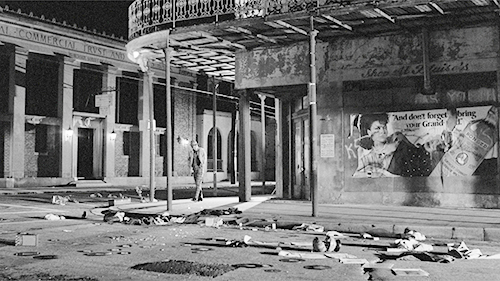 “Down by Law” (Janus Films)

Down by Law (1986)
Considered a classic Jim Jarmusch movie — he describes it as a “neo-Beat noir comedy” — it tells the tale of three men, an unemployed disc jockey (Tom Waits), a small-time pimp (John Lurie), and an Italian tourist (Roberto Benigni), who are thrown in jail, then break out and take a journey though the city and Louisiana

The movie is filmed in black and white by cinematographer Robby Müeller, and most of the songs were written by Waits and Lurie.

Angel Heart (1987)
Robert DeNiro as the Devil? Why not! (Don’t forget to check out his manicure.)

Also staring Mickey Rourke in his heyday and Lisa Bonet, fresh off “The Cosby Show,” the film is an atmospheric tale about the devil collecting an errant soul.

The movie was shot in Thibodaux and in locations throughout the French Quarter and at St. Alphonsus Church. The production designer, Brian Morris, transformed a couple of blocks on Magazine Street back into 1950s New Orleans. I was living Uptown when it was filmed and if I remember correctly, one of the blocks is where Rum House restaurant is.

The movie was originally rated “X” for sexual content and a portion was cut to make it an “R.”

Cat People (1982)
Starring Nastassja Kinksi, Malcolm McDowell and John Hurt, the movie seamlessly uses the city as a backdrop for this story about … cat people! One of the settings is at the old Audubon Zoo, which gives you an idea of how bad it used to be.

The movie has a haunting score by Giorgio Moroder – the go-to film composer in the ‘80s –with a hit theme song by David Bowie, “Cat People (Putting out the Fire).”

Husband and wife Paul Newman and Joanne Woodward, who had studied drama at LSU, filmed a group of movies in the state that are worth watching – you honestly can’t beat the acting.

The Long Hot Summer (1958)
Based in part on three William Faulkner novellas, “The Long Hot Summer,” is essentially about lust: for money, love and power. Filmed in Clinton. (Do not watch the version starring Don Johnson and Cybill Shepherd.) 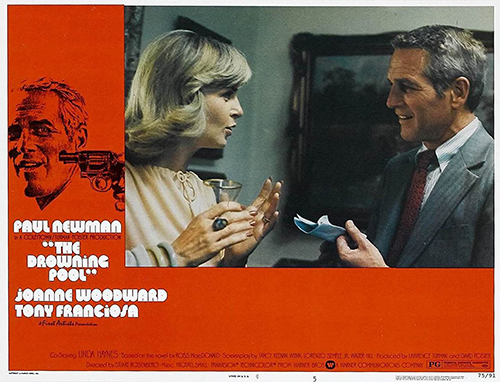 The Drowning Pool (1975)
Paul Newman as Lew Harper heads to Louisiana to help his ex-flame Iris Devereaux, portrayed by his wife, Joanne Woodward. Filmed in California, Lafayette and New Orleans, it centers on oil and blackmail. It also stars a very young Melanie Griffith as Woodward’s daughter, and Anthony Franciosa, who also acted with the Newman and Woodward in “The Long Hot Summer.”

Where to watch them: You Tube (Buy or rent)

I can’t find anywhere to stream or rent WUSA (1970), a movie the duo starred in, that was considered Newman’s biggest flop of his career. This movie is about a radio station, WUSA, involved in a right-wing conspiracy – with the radio station owner sponsoring a white-supremacist rally.

If you are really interested, it is available for sale on Amazon as a DVD.

I actually think this is my favorite category, the one when I watch and go “WTF,” solely based on what they got wrong. Yet, at the same time, it can be highly amusing. 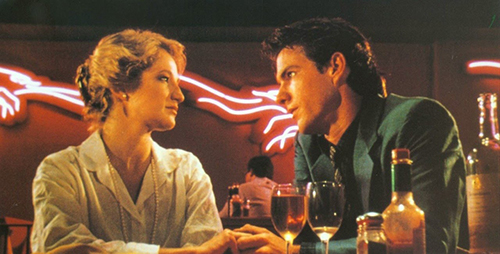 The Big Easy (1986)
When John Kennedy Toole wrote,”Mrs. Reilly called in that accent that occurs south of New Jersey only in New Orleans, that Hoboken near the Gulf of Mexico,” in “A Confederacy of Dunces,” that was not what Dennis Quaid was doing in “The Big Easy.”

If anyone knows the answer whom he based his Cajyat or Yatjun, accent on, I and a number of New Orleanians would love to know.

With a total of at least 11 “cher” (not the singer) with a few “Where y’at,” Quaid’s – or the screenwriter’s — bid for New Orleans accent authenticity fails miserably, and to this day, the thing people bring up the most when the movie is mentioned.

But stick with it – it’s twisty murder-mystery, and great to see mid-‘80s New Orleans with the Piazza d’Italia, Bayou St. John, the French Quarter, and a glimpse of the late artist George Dureau as a maitre’d at Antoine’s. Alas, Rosy’s Jazz Hall stands in for Tipitina’s, which in the movie serves food by a fictional “Chef Paul,” no doubt based on Chef Paul Prudhomme, who had just gained national fame. And don’t forget check out New Orleans resident John Goodman playing a cop.

Where to watch it: IMDB TV (via Prime Video)

We’ve got Tennessee Williams and Elvis! Plus some great scenery. 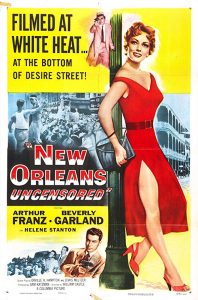 New Orleans Uncensored (1955)
A B movie all the way – it was directed by horror schlock movie maestro William Castle – but it showcases some A-plus locations in the French Quarter, such as Café du Monde, Pontchartrain Beach, St. Louis Cathedral, and the port, where corruption is the main story point for the movie.

Suddenly, Last Summer (1959)
Who chewed the scenery more: Elizabeth Taylor or Katherine Hepburn? (A tie, if you ask me.)

The classic cinematic interpretation of this Tennessee Williams play, also stars Montgomery Clift as the doctor who is sent in to evaluate Taylor’s mental health before she is lobotomized, a coercion dreamed up by Hepburn.

The garden room in the movie was modeled on the one in the Bultman Funeral Home, now the Fresh Market.

Where to watch it: You Tube (Rent or buy)

Read the play, then see the movie. 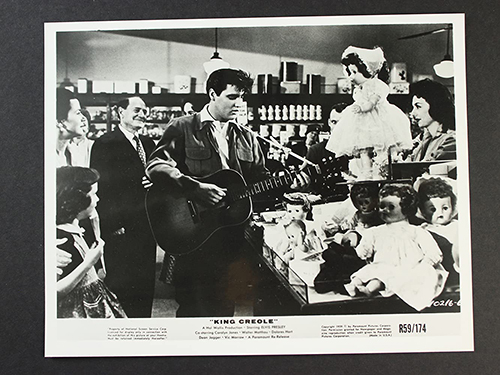 King Creole
Elvis Presley in New Orleans! Set in the French Quarter and focusing on its nightlife, King Creole and is the name of the nightclub Presley performs at, it showcases Presley’s music and yes, acting ability. It was considered by Presley and critics as his best role. Totally worth it to see him perform “Trouble.”

I recently did a segment on Great Day Louisiana on films about New Orleans Mardi Gras. Here are the choices, plus a few more: 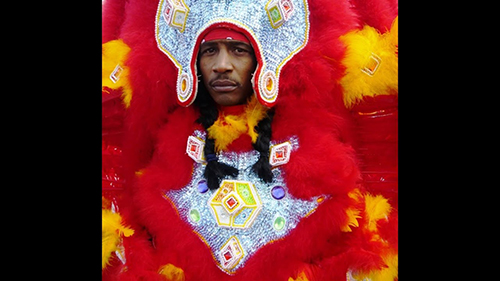 Always for Pleasure (1978)
Les Blank’s film is a celebration of New Orleans culture, with portions of it focusing on Mardi Gras, including appearances by Mardi Gras Indians and a number of local musicians.

Where to watch it: Criterion Collection (for purchase)

The Whole Gritty City (2016)
This film by Richard Barber and Andrew Lumberton is a look into the world of New Orleans public-school marching bands and their members getting ready before they march in Mardi Gras parades.

Where to watch it: Prime

By Invitation Only (2006)
Rebecca Snedeker explores and critiques the elite, white Carnival balls and debutante presentations that her family participates in.

Where to watch it: Find a friend with a DVD, this one is not available to stream. I found a DVD at the New Orleans Public Library, which is also closed during the COVID-19 pandemic. 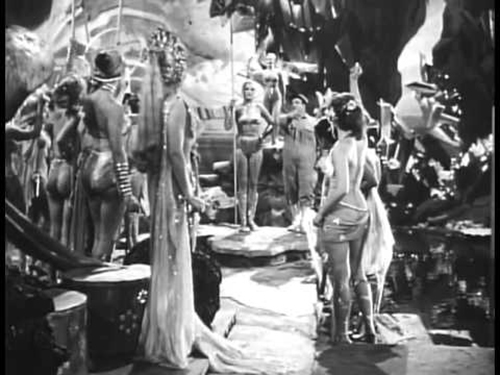 Abbot and Castello Go to Mars (via YouTube trailer)

Abbott and Costello Go to Mars (1953)
This movie stars this comedic duo, Bud Abbott and Lou Costello, who have stowed away on a rocket ship heading to Mars, but instead lands in New Orleans during Mardi Gras, with them thinking that all the strangely costumed people are Martians.

Where to watch it: Amazon (Buy the DVD)