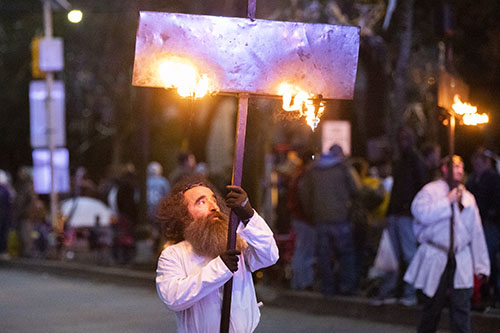 A flambeaux lights the way during the 2019 Proteus parade. (Uptown Messenger)

The all-day Lundi Gras festivities culminate with two spectacular parades, one a study in traditional elegance and another in contemporary opulence.

After the weekend’s parade-perfect weather, the National Weather Service has rain in today’s forecast. A slight chance during the day goes up to 60% at night. Temperatures will be pleasant, however, with low tonight of around 58 degrees.

The first parade is named for a prophetic sea-god known in Greek mythology as the shepherd of the oceans. Let’s hope he can shepherd tonight’s parades through the streets without any water falling from the sky. 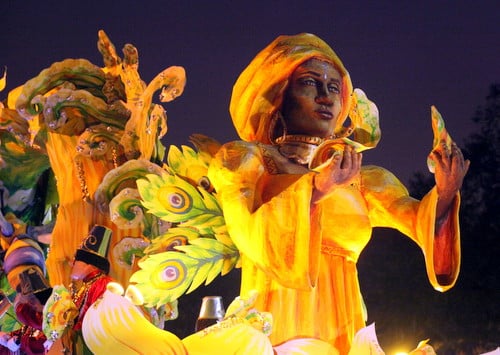 Proteus’ exquisite floats, along with the flambeaux, give this parade an old-world aura. The second oldest parade in New Orleans Carnival lineup, Proteus adheres to tradition just it adheres to the chassis it has been using since the 1880s, when it was formed as an offshoot of the mystic krewes of Momus and Comus. It stopped parading for six years in the 1990s, returning to the streets again 1999. The theme this year is “Feasts and Libations.”

Catch it if you can: New throws include LED flambeaux and plush crowns. 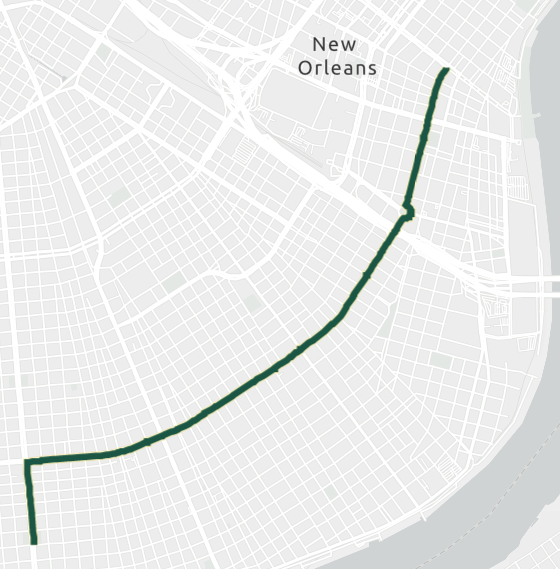 Krewe of Proteus’ route. (via ready.nola.gov) 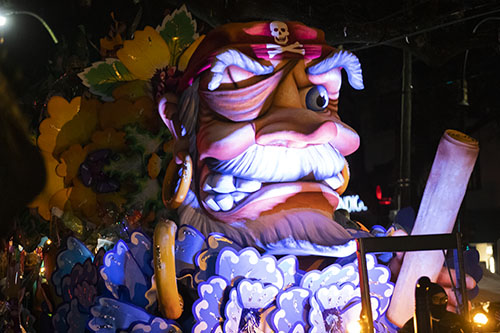 When the superkrewe of Orpheus first paraded in 1994, it had a record number of riders: 700. Now you can expect about 1,500 male and female riders. The krewe’s 38 floats will multiply this year with the separation of its spectacular tandem floats — including the eight-unit “Smoky Mary.” They will roll with the theme “Beastly Kingdoms of Orpheus.”

Look for: Actor Bryan Cranston, who played Walter White on “Breaking Bad,” is the 2020 monarch along with  Charlie Day and Mary Elizabeth Ellis from “It’s Always Sunny in Philadelphia” and country musician Lauren Alaina. 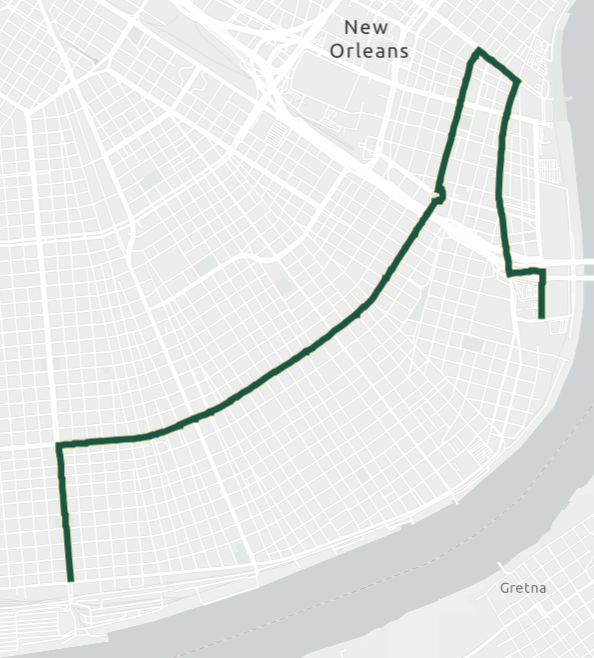 Krewe of Orpheus’ route. (via ready.nola.com)