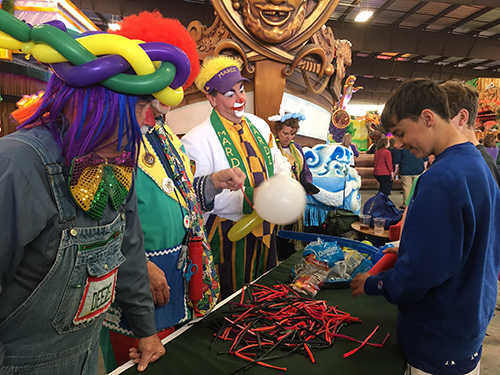 The Krewe of Bacchus held its annual open house Sunday at its den on Prytania Street near the Pontchartrain Expressway, giving the friends and family of the superkrewe’s 1,600 members a sneak peek the 2020 floats two weeks before they hit the streets.

“I’ve focused on bringing more family involvement,” Brennan said. “If you don’t take care of the next generation, what do they have to look forward to?” 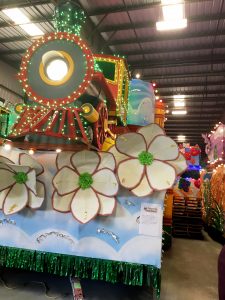 Brennan knows about family involvement. His grandfather, restaurateur Owen Brennan Sr., founded the krewe in 1949. He took over as captain from his father, Owen “Pip” Brennan, who founded the krewe’s parade in 1969.

The children are brought into the Bacchus fold as pages when they are 8 years old. “When a child becomes a page, they’ll never forget that,” said Brennan, who was a page in 1973, when Bob Hope was the king.

This year’s Bacchus, singer-songwriter Robin Alan Thicke, also has childhood memories of the Bacchus parade. He rode when his father, actor Alan Thicke, reigned as as Bacchus XX in 1988.

“The Krewe of Bacchus is all about family,” Brennan said when announcing Bacchus LII. “The sons and grandsons of our founding members are a proud part of our organization. We look forward to continuing the Thicke family’s legacy with Bacchus.”

The theme this year is “Wild Wild West,” which will be portrayed on 21 theme floats. New throws for 2020 include light-up bolo ties and light-up cowboy hats.

The Awe News interview with Clark Brennan and video of the Mascots Dance, both courtesy of Charles Marsala, are below.