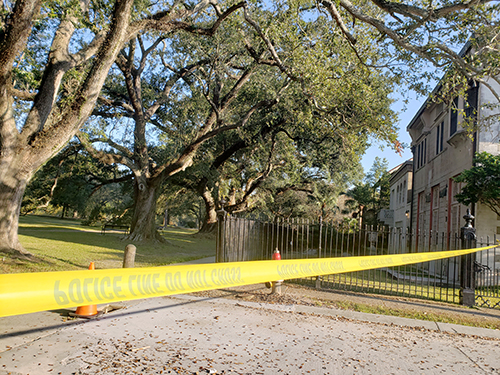 Two shootings, one of them fatal, were reported overnight in Uptown neighborhoods.

Second District officers responded to a report of gunfire on Perrier Street near Audubon Park at about 11:15 p.m. When the officers arrived to the 6300 block of Perrier, they found a young man on the sidewalk with multiple gunshot wounds.

He was pronounced dead at the scene by a doctor with the emergency medical service. At midnight, the NOPD emailed a news release that a homicide, originally reported as a double shooting, had occurred on Perrier Street.

The Orleans Parish Coroner’s Office will determine an official cause of death and release the victim’s name, upon completion of autopsy and notification of family.

At about 1:20 a.m., police were investigating a double shooting in the 1200 block of Martin Luther King Jr. Boulevard. Two adult males were injured.

Further details were not immediately available on either incident.

Homicide Detective Walter Edmond is leading the ongoing investigation into the shooting death on Perrier and can be reached at 504-658-5300. Anyone with information on the Central City double shooting is urged to call the NOPD Sixth District station at 504-658-6060 to speak to a detective. Citizens with information that can help solve crimes are asked to call Crimestoppers at 504-822-1111 to leave an anonymous tip that could be eligible for a cash reward.