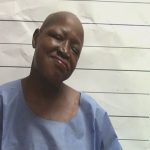 Police have arrested Eureka Mitchell, 52, in an attack with a box cutter at a Central City home, the New Orleans Police Department reported.

The victim, a 45-year-old man, was arguing with Mitchell’s daughter on Jackson Avenue and Freret Street at about 6 p.m. on Thursday when he was cut in the arm with the box cutter, police said.

Mitchell was arrested in the attack and faces one count of aggravated battery by cutting. She was booked into Orleans Justice Center, where she remained on Monday. Bond was set at $2,000.

Sheriff’s Office records show Mitchell has been arrested eight times since 1996. In 1997, she was sentenced to two years probation and drug counseling after pleading guilty to cocaine possession.