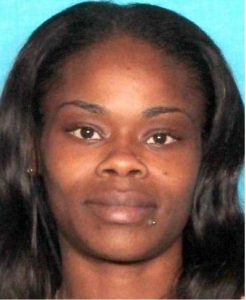 The NOPD is seeking to locate an individual identified as a person of interest for questioning in the investigation of a homicide on Oct. 22.

Daranisha Allen, 31, is believed to have information relevant to the investigation of the shooting death of Day’Shawn Brown, 35, in the 2900 block of South Saratoga Street.

Allen is not considered a suspect and is not wanted at this time.

Brown died from a single gunshot wound while in his car about 4:30 a.m., according to the police report. Two men with handguns were seen fleeing the scene.

Anyone with additional information on this incident or on the whereabouts of this person of interest is asked to contact NOPD Homicide Unit Detective Aaron Harrelson at 504-658-5300, or to call anonymously to Crimestoppers at 504-822-1111 or toll-free at 877-903-STOP (7867).