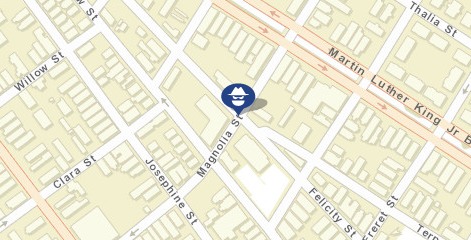 A man walking in Central City on Friday was jumped by four men who stole his phone, the New Orleans Police Department reported.

The victim, a 23-year-old male, was near Magnolia Street and Felicity Street when a man hit him on the head with a bag, knocking him down. Three other men then went through his pockets and stole his iPhone 7.

The victim described one of the attackers as a tall, bearded dark-skinned black man of medium build wearing a red shirt and a black backpack. No description was given for the other attackers.