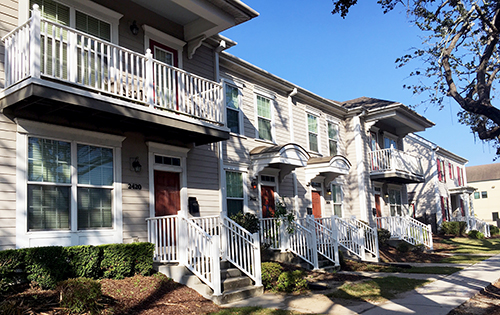 Why are thousands of New Orleans working-poor families struggling to find a decent place to live? The answer is simple: Our government leaders are dragging their feet in making enough affordable housing available to meet the need.

“We are in the midst of a crisis in New Orleans,” said Housing NOLA Executive Director Andreanecia Morris, one of the city’s most knowledgeable housing experts. The rising cost of living in New Orleans is most severely impacting residents who earn less than 80% of the area’s annual medium income ($53,000 for a family of four). Many of these individuals work in the service industry. With no clear end in sight, the crisis is only becoming even worse. Although Mayor LaToya Cantrell has provided some funding for new units and has millions of dollars more in the pipeline, for the second year in a row the overall number of affordable units has decreased.

Who in government is to blame that the process of developing new affordable housing policies has taken too long? Although the New Orleans City Council approved the Smart Housing Mix plan in March, it is still not fully implemented. “We need a mandatory policy now,” Morris said. Without a new policy in place, the city will lose the opportunity to include affordable units as part of the next major residential real estate project.

Most developers would prefer to build only market-rate units but will do whatever city officials require. Relatively few developers specialize in affordable housing. “We have been working on this policy initiative for three years including through two legislative sessions and a gubernatorial veto and it still has not been implemented,” Morris said. “The City Council and Mayor Cantrell must work together. There is no clear answer as to what is causing the delay.”

The Louisiana Housing Corporation didn’t bring on line even one new affordable housing unit in New Orleans this year. Instead, they adopted a state-wide policy that has directed financial resources away from large cities to rural areas. New Orleans is on track to lose even more state-funded affordable housing next year.

“This is not equitable. You can’t just cut off money to cities. There’s no question that serious housing problems exist in rural areas, but a more balanced approach is necessary,” Morris said. Jefferson Parish Council candidate Byron Lee sits on the LHC board, as does Derrick Edwards who is running for state treasurer. Why didn’t New Orleans elected officials push Gov. Edwards – who needs all the New Orleans votes he can get in his current re-election bid – to free up additional affordable housing funds?

HANO hasn’t been much help either. According to Morris, HUD gave HANO additional funds to serve 100 families already on their waiting list. But HANO added only one new family. Morris was a vocal member of HANO’s board until Cantrell removed her. Casius Pealer is the current president of HANO’s board. Other members include Isabel Barrios, Sharon Jasper, Kim Piper, Debra Joseph, Lisha Wheeler, Toni Hackett Antrum, Bill Rouselle and Carol George Johnson.

“We must continue to put pressure on city and state agencies to figure these issues out and hold them accountable. We also have to ask private sector for their help,” Morris said. “The city and state can’t build our way out of this.”

Morris believes that large private sector employers including universities and hospitals could help their employees buy a home. Banks could also offer reduced loan rates to small landlords willing to bring more affordable units on line. “We are going to ask our lending partners to hold themselves to a higher standard. Meeting the needs of the people of this city is good business and the right thing to do,” she said.

Most voters agree that additional affordable housing is necessary. Perhaps a lack of vision or a lack of will has stalled the process.

Housing NOLA worked with the mayor and the state Legislature on the upcoming ballot initiative aimed at increasing affordable housing in New Orleans.  Though not a perfect document, Mayor Cantrell’s proposed constitutional amendment — which is on the Oct. 12 ballot — could be part of the solution. Government and the private sector must pull together to solve this issue. Simply saying “we can” doesn’t work anymore. People actually have to do what they say.

Former Mayor Mitch Landrieu will release the first-year report of his new nonprofit geared to building “an inclusive new South.” The event will be held Friday, Oct. 25 at the New Orleans Jazz Market, 1436 Oretha Castle Haley, and will include two panel discussions. “We must lay down the oppressive burden and dysfunction of racism and lift up, for the whole world to see, the power, the elegance and the richness of diversity,” Landrieu said.