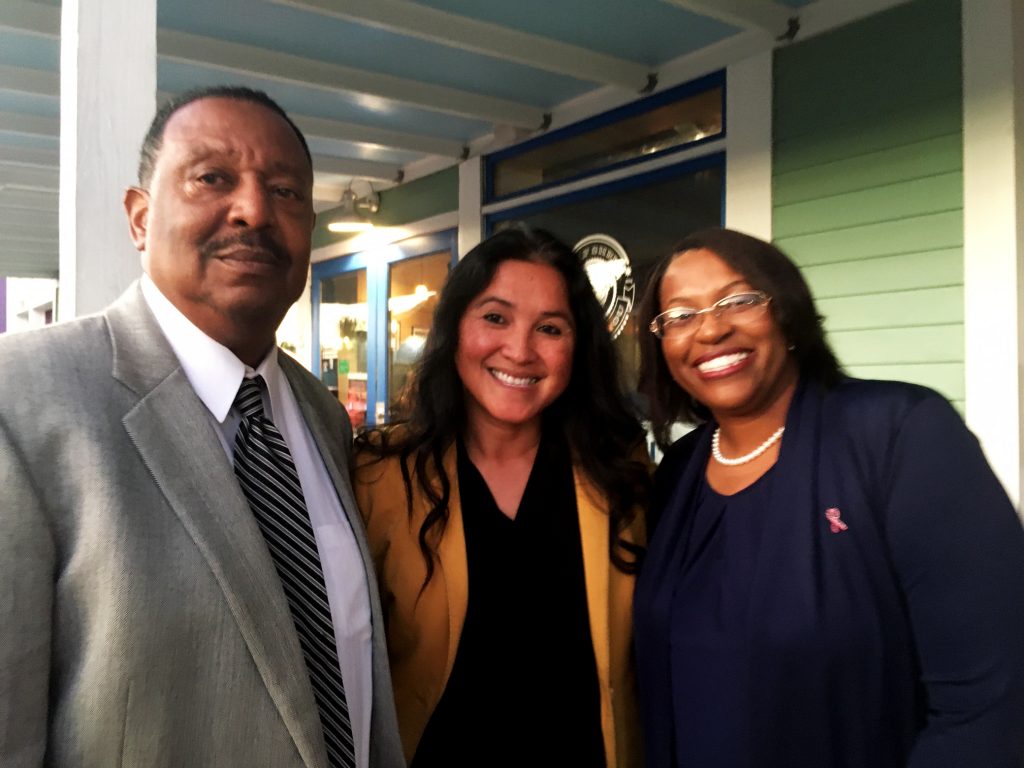 Secretary of State Candidate Gwen Collins-Greenup told a New Orleans audience Wednesday night that every citizen should receive a receipt after casting his or her vote. “Printing out a paper receipt would build confidence in the election process,” she said. Collins-Greenup would also institute post election audits to ensure the accuracy of results and that “every Louisiana voice is heard.”

She believes that early voting should be allowed until the day before an election and that the voting hours should be extended to accommodate working mothers. “Louisiana is not a red state, it’s a non-voting state,” said Collins-Greenup.

Also on the Nov. 16 ballot is the race for governor in which incumbent John Bel Edwards is trying to survive ongoing attacks from Republican Eddie Rispone as well as President Donald Trump. Except for Edwards, all of Louisiana’s statewide elected officials are Republicans. In addition, Republicans control the Louisiana House and Senate. U.S. Rep. Cedric Richmond — related to Collins-Greenup by marriage — is Louisiana’s lone Democrat in Washington. While the Louisiana Democratic Party endorsed Collins- Greenup, they have not provided her with funding or staff. Nor has Edwards asked her to join him at any campaign events.

All in all, it’s not a good year for a Democrat to be running statewide in Louisiana. But that does not faze Collins-Greenup who remains confident that her “people-powered” campaign strategy will bring results.

By all measures, Collins-Greenup is running a nontraditional campaign devoid of radio and television advertising and numerous mailings. Husband Tarries is her campaign manager and driver. “We are a team and since he is my husband I don’t have to pay him,” Collins joked. Born into a family of ministers, Collins-Greenup considers herself an evangelist on a mission. In fact, many members of the clergy attended Wednesday night’s event. “I am used to engaging with people.” Motivational speaker Habibullah Saleem even performed a rap in her honor. “Thumbs up for Greenup,” he intoned.

Collins-Greenup has an undergraduate degree in accounting, a master’s degree in divinity, a law degree from Southern University Law Center and is completing a master’s of taxation at Villanova University Law Center in Pennsylvania. Over the years she has worked with numerous churches, small businesses and nonprofit organizations. She also served as director of the Criminal/Traffic Division of the Baton Rouge City Court and as deputy clerk of court for East Feliciana Parish. She began her career as a legal secretary at the Louisiana Department of Labor. “It was my years of both working in government and helping people that inspired me to run,” she said.

“The Office of the Secretary of State is nonpartisan. We must work with all the citizens regardless of political party,” she said. Collins-Greenup sees her role as “protecting voting records and securing our elections.”

Collins-Greenup believes that Louisiana has “voter security” issues that leave voting rights unprotected. “Currently it’s harder to vote but easier for voting machines to be tampered with. As an accountant, I will find the money in the budget to purchase new voting machines,” Collins-Greenup said. She would also take the Secretary of State’s Office on the road to better educate citizens of all ages about the elections process. “I will bring voting machines to the people so they can learn how to use them.”

“I continue to be amazed that Louisiana has more than 4 million registered voters but less than 15% regularly vote.” Collins-Greenup is relying heavily on social media to get out her message as she barnstorms the state each day visiting voters in small towns and larger cities. “Voters want to participate; they just need a candidate they can believe in.”