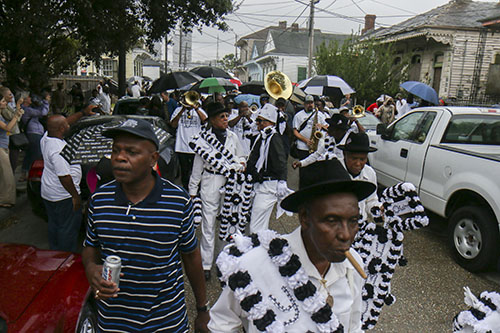 The Young Men Olympian Junior Benevolent Association will present its second-line on Sunday afternoon. It is the group’s 135th annual parade.

The social aid and pleasure club club was established in 1884 and puts on one of the biggest parades of the season. The 2019 parade begins and ends at the club’s Norman Dixon Sr. Clubhouse at 2101 S. Liberty St., with stops at the Sportsman’s Lounge at Second and Dryades streets, the Big Man Lounge on Louisiana and PeeWee’s Crabcakes on Martin Luther King Jr. Boulevard. The four-hour parade begins at 1 sharp and ends at 5 p.m. on Sunday, Sept. 22.

Traffic will be restricted along the route. Expect road closures and traffic delays during the parade.

Call 504-658-8100 for parking enforcement if you are affected by illegal parking in the area.