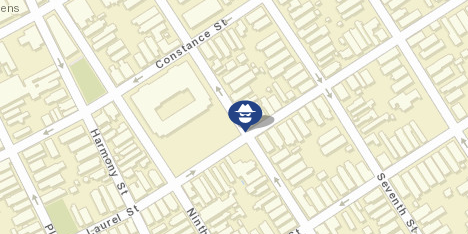 Attack and robbery in front yard on Eighth Street (via CrimeMapping.com)

During a violent weekend across Uptown neighborhoods, a shooting, robbery, burglary and carjacking were reported in the NOPD’s Sixth District.

Attack and robbery in Irish Channel

An Irish Channel resident was struck from behind by three robbers while working in her yard Saturday afternoon, the New Orleans Police Department reported.

The victim, a 42-year-old woman, was gardening outside her home in the 900 block of Eighth Street about 3 p.m. on Saturday, Sept. 21, when she was struck from behind. The blow caused her to fall and hit her head on a planter. Three teenagers then surrounded her.

The assailants were scared off by a passerby and fled north on Eighth Street. The NOPD described the suspects as “known juveniles” but did not provide their identities or descriptions.

A man was wounded in a shooting in Central City on Friday evening. The victim, a 41-year-old male, was walking on Terpsichore Street toward South Liberty Street at about 5 p.m. on Friday, Sept. 20, when he heard several gunshots.

While running from the shots, he realized he was struck. He was transported to a local hospital by the emergency medical service.

A man was assaulted in his Central City home by two burglars early Sunday. The two intruders kicked in victim’s front door in the 1700 block of Erato Street, near Carondelet Street, at about 1 p.m. on Sunday, Sept. 22.

They assaulted the victim, a 34-year-old man,  and stole some of his belongings. After calling police, the victim was transported by ambulance to an emergency room.

A carjacking was reported in the B.W. Cooper area on Friday evening. A 67-year-old man was in his car on Thalia Street near South Dorgenois Street at about 7:45 p.m. on Friday, Sept. 20, when two men pulled him out of the car, assaulted him and demanded his keys. They then fled in the car down Thalia Street.

Further details on these incidents were not immediately available. Anyone with information is urged to call the NOPD Sixth District station at 504-658-6060 to speak to a detective, or Crimestoppers at 504-822-1111 to leave an anonymous tip that could be eligible for a cash reward. 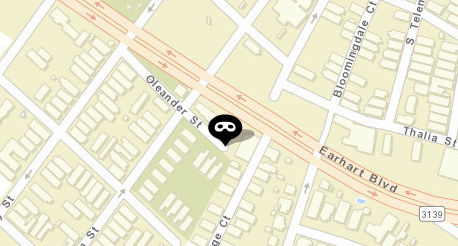 A stabbing, home burglary and armed robbery were reported in the NOPD’s Second District over the weekend.

An 86-year-old man was assaulted during an overnight home burglary in Gert Town early Saturday.

Two men forced their way into the victim’s home home in the 7000 block of Oleander Street on Saturday at about 3:30 a.m. They attacked the 86-year-old and demanded money before fleeing.

The victim was taken to the hospital by the New Orleans emergency medical service.

Suspect arrested in stabbing near Broadmoor

A 59-year-old man was arrested in a stabbing near Broadmoor early Monday. Police said Wilbert Trueblood entered the home a 58-year-old  man in the 4100 of Eve Street just before 1 a.m. on Monday, the NOPD reported. The two began arguing, and during the argument the 58-year-old was stabbed several times with a knife.

Trueblood was arrested at the scene and is being held in the Orleans Parish Justice Center on one count of aggravated battery. Sheriff’s Office records show he has arrests going back to 1989 on multiple drug charges.

A man was robbed at gunpoint Sunday evening in the university area, the New Orleans Police Department reported. The victim, a 23-year-old man, was grabbed by a man on Broadway at Green Street at 8:12 p.m. on Sunday, Sept. 22. The assailant demanded his belongings, but the victim did not comply until he produced a handgun. The gunman then fled on foot down Green Street.

Further details on these incidents were not immediately available. Anyone with information is urged to call the NOPD Second District station at 504-658-6020 to speak to a detective, or Crimestoppers at 504-822-1111 to leave an anonymous tip that could be eligible for a cash reward.