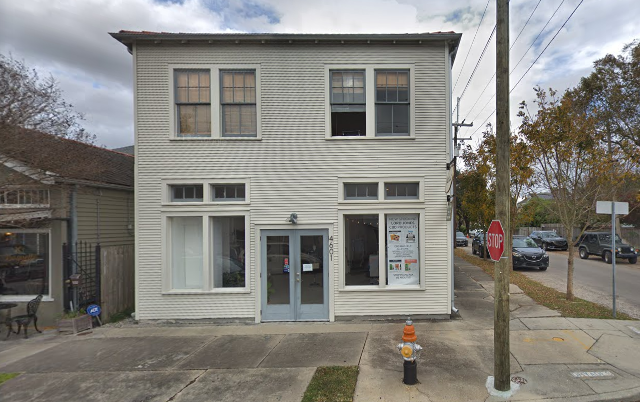 Faubourg Wine Shop is pursuing a second location at 4601 Dryades St. in the space currently occupied by Polite Society, which is moving to Magazine Street.   (via Google Maps)

The owner of Faubourg Wine Shop in the Marigny has been looking for a second location, and she may have found it Uptown on a Dryades Street corner.

Wine shop proprietor Catherine James said she likes the largely residential nature of the spot at 4601 Dryades, between Napoleon and Jefferson avenues. “The type of store that I run is a community store,” said James, who has been holding neighborhood meetings to gauge the response to the store, a requirement of the City Planning Commission’s approval process.

James said the neighbors have been generally supportive of a wine shop moving in, although some have expressed concern over parking. The city would not require the shop to have any off-street parking, but James said she is investigating possible solutions to ease the demand for parking spaces.

The storefront building next to Le’s Baguette Banh Mi Cafe is being vacated by Polite Society, a spa and salon that also sells wellness products and clothing. Polite Society, according to its Facebook page, is planning a move to 3616 Magazine St., a location that would provide greater visibility and foot traffic. A permit to renovate the commercial portion of the Magazine Street building was issued Aug. 22.

The Uptown Faubourg Wine Shop would follow the same business model as the cozy St. Claude Avenue store known for its $5 pours as well as its diverse wine selection. So it will need to be able to sell alcohol for onsite consumption as well as packaged liquor, a business model that complicates the licensing process.

“We’re not a bar — it’s not the primary focus of what we do,” James said. “But the language used to describe wine is highly subjective; it’s a lot easier to have conversations with customers about wine if they can drink it in the store.”

James is seeking a text amendment to the City Zoning Ordinance to allow a separate classification for a “wine shop,” limiting the wine consumed in the shop to a small percentage of sales.

The text amendment request, which will accompany the conditional use application, asks the city to update the definition of a ”wine bar/wine shop,” change the name of this use to “wine shop” and to allow for wine shops in HU-B1 zoning district as a conditional use.

This is because, James said, the zoning code doesn’t differentiate between her shop and a corner store selling liquor and cigarettes. If her Uptown store shuts down under this classification, a liquor store or bar could move into the space without a neighborhood hearing and City Council approval.

Before opening Faubourg Wine Shop in the Marigny, James sought a similar text amendment. Now wine shops are listed as a separate conditional use in the St. Claude overlay district.

The Dryades location isn’t far from the well-established Martin Wine Cellar on Baronne Street, but James said the stores use different distributors and would have minimal overlap in their selections.

James is still working out the details with the building owner, Tcic-Wah Productions, an entity connected to the Ben + Burka commercial real estate firm that has its offices on the building’s second floor. The proposal will then go before the City Planning Commission and the City Council.