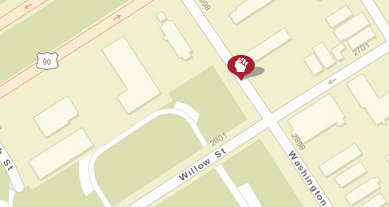 A woman was arrested Tuesday in the stabbing of another woman on Washington Avenue near South Claiborne, the New Orleans Police Department reported.

Police say Edith Henderson, 56, came to the defense of friend who was arguing with another woman not long before noon on Tuesday in the 2900 block of Washington. Henderson is accused of stabbing the woman, 48, with a nail file or pen after intervening in the altercation.