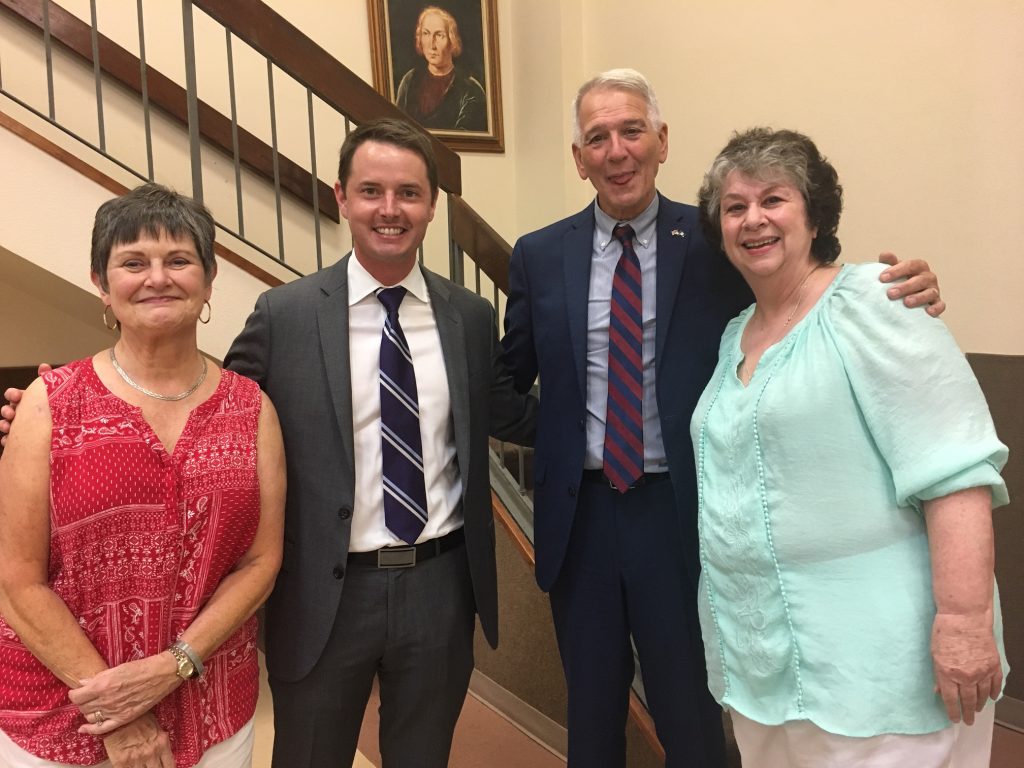 Gubernatorial candidate and U.S. Rep. Ralph Abraham told a New Orleans audience last week that he would move Louisiana in the right direction by cutting spending, changing the tax structure, building the economy and creating jobs. The pledge was made during remarks to the Home Defense Foundation, a nonprofit that supports the right of citizens to bear arms in their homes as well as gun safety and training.

Abraham didn’t spend a minute talking about banning assault weapons or universal background checks. Why? Because the room was filled with Second Amendment advocates — men and women already committed to taking personal responsibility to defend themselves and their families. I believe their philosophy is the wave of the future. Background checks and assault weapon bans won’t keep criminals away from guns.

If New Orleanians have to wait 50 years for safer neighborhoods, we’ll all be dead or living in the suburbs. I felt unsafe when I walked along crowded Bourbon Street early one evening several weeks ago. More of my friends – especially females – already have concealed weapons permits or want to get them.

USA Today recently reported that between Jan. 1 and Aug. 5, there were 251 mass shooting in just 216 days.  More than 250 people have died in mass shootings in 2019 and at least 2,000 have been injured, according to the Gun Violence Archive.  Although New Orleans hasn’t suffered from a mass shooting incident since Mark Essex – “the Howard Johnson sniper”— killed nine people in 1973, gun violence is endemic in the city.

Before Abraham spoke, he heard from HDF members – including several women — who talked about their positive experiences at the shooting range, the ease of operating specific firearms and different firearms NDF members might want to learn to operate.

Abraham was right at home in this setting. He later spoke of reducing car insurance and mortgage interest rates, improving infrastructure, investing in early childhood education and bringing back workers who have fled the state for Texas, Mobile or Florida. He wants to end what he calls “lots of waste and abuse” and said he will be the governor who has the “moral courage to say no.”

Regarding criminal justice reform, Abraham remarked, “If you do a crime, do the time.” He believes that no one should be released early and that recidivism is more prevalent than citizens think. “Keep them in jail. We want to help people that truly need help.”

Abraham said he would fix the property tax problem in New Orleans by creating “equity and parity.”  He labels Common Core education standards “the worst thing the state ever did.” Abraham also urged attendees to vote for fiscally conservative legislative candidates.

“President Trump is doing a great job,” said Abraham. “We know that President Trump is a good person and is going to do fine in the upcoming elections, especially when you look at the people running on the left.” Already closely aligned with the president, Abraham could become one of Trump’s go-to governors, which might translate into more funding for issues like coastal restoration.

As a North Louisiana physician who still makes house calls, Abraham might not think mass shootings are acts of terrorism. He could agree that immigrants are “invading” America. He might not consider white nationalists as much of a threat as radical Islamic terrorists. He probably doesn’t mind that President Trump is embracing the rhetoric of the National Rifle Association.

Abraham was correct when he said “this is an election that Louisiana voters must get right.” It remains to be seen which candidates are the right fit for Louisiana.