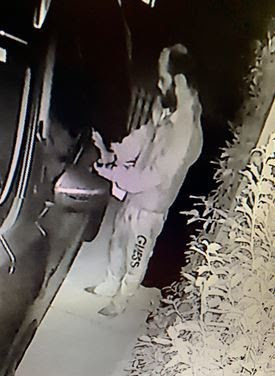 Surveillance video from the 2200 block of South Gayoso on June 13. (via NOPD)

The New Orleans Police Department is searching for a man wanted for auto burglary in the Broadmoor neighborhood.

The burglar stole several items of clothing from the vehicle, the NOPD reported.

Anyone with information on this incident or the identity and whereabouts of the wanted subject is asked to contact Second District detectives at 504-658-6020 or call Crimestoppers anonymously at 504-822-1111 and toll-free at 877-903-7867.