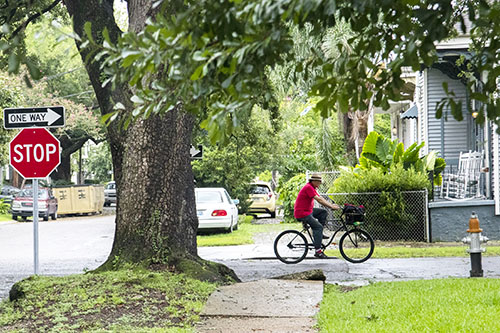 The rain from Tropical Storm Barry calmed down enough on Sunday for some residents to resume daily activities, like this cyclist on Constance Street. (Zach Brien, UptownMessenger.com) 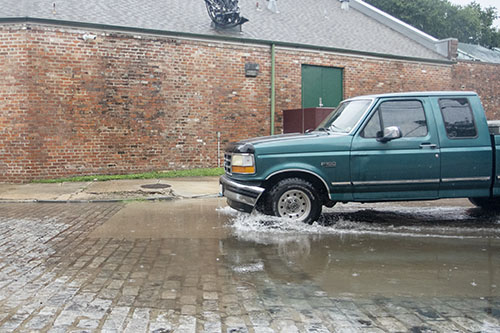 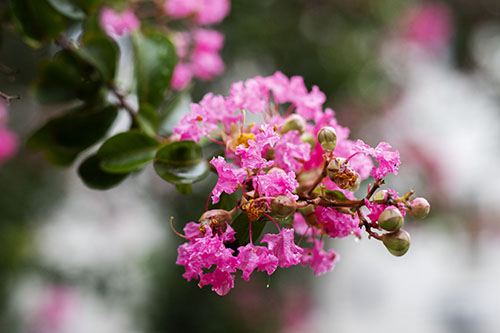 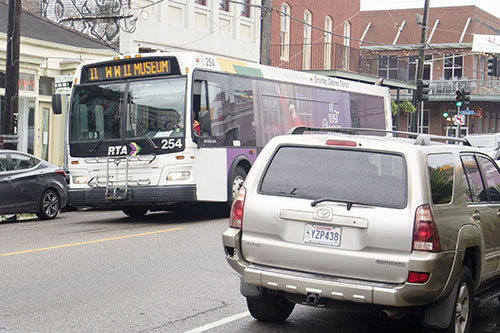 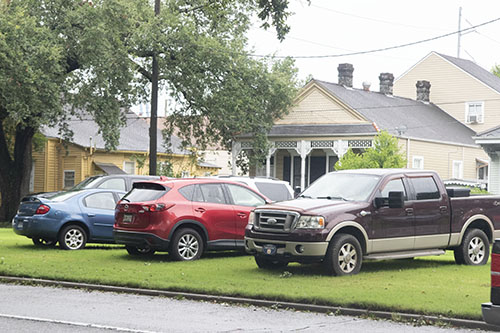 Parking on the neutral ground and on sidewalks was allowed until Monday morning. (Zach Brien, UptownMessenger.com)