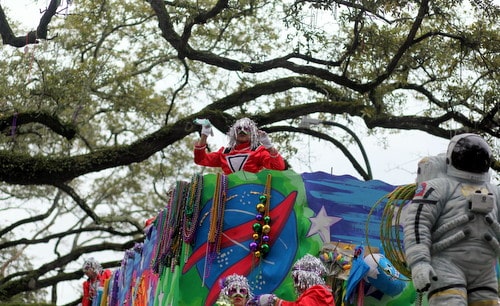 Southern live oaks make up the vast majority of the trees along St. Charles Avenue. The proportion of live oaks has continued to increase over the years, a tree survey has found.

The St. Charles Avenue Association retained Bayou Tree Service, its official partner, to perform a tree survey in a continuation of surveys that have been conducted since 1992.

The results of the 2018 survey show an increase in both the live oak population and overall condition. It revealed 756 live oaks, which is the largest number recorded since the SCAA began surveying the trees.The survey is limited to trees on city property and only trees fronting St. Charles Avenue.

The survey is a part of SCAA’s ongoing efforts to improve the tree canopy along St. Charles Avenue and to nurture the historic trees that have been a vital part of the avenue for more than a hundred years. With dollars from the SCAA, the tree stand and canopy have continued to improve.

SCAA has raised more than $300,000 in private funds to replant more than 340 live oaks on and along St. Charles Avenue. This was the first time in more than a century that any group attempted such a project, the SCAA states in a press release.

The SCAA maintains the live oaks as an ongoing project. Spraying and fertilizing the trees is under the supervision of a local arborist at Bayou Tree and costs SCAA more than $20,000 annually.

The recent study shows newly planted and smaller trees are occupying a more significant proportion of the total population of the avenue’s tree stand.

“We are very pleased with the findings of this survey. It demonstrates that our efforts to improve the tree canopy along the avenue are working,” said Paul Masinter, president of the St. Charles Avenue Association, in the press release.

This year, 76% of all live oaks surveyed were either in “good” or “excellent” condition. The survey shows the highest percentage of live oaks in “good” condition ever recorded (62%).

While the “excellent/good” condition scores continue to increase, Bayou Tree recognizes some of this improvement in average condition ratings could be due to the removal of trees in “poor” condition.

Most of the younger live oaks were planted by SCAA. Plantings have gone a long way to providing a successive population of live oaks to replace mature trees that have been removed.

“We could not do this without the generous support of donors and members,” said Masinter. “We also hope the city of New Orleans can use the results of the survey to help better maintain the trees along the avenue.” 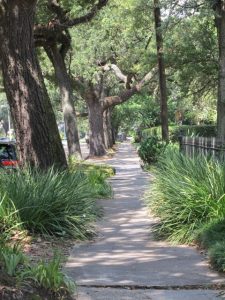 The study has shown that failure to replace trees can have a significant impact. The data has shown a need to continue active planting measures to ensure that mature trees have a viable canopy replacement whenever and wherever planting site and location allow.

Bayou Tree’s recommendations for the long-term care and preservation of live oaks are having a positive impact on St. Charles Avenue. Community involvement, and the support of the city’s Department of Parks and Parkways, is crucial for this impact, the SCAA states.

“Without public backing, the management of our city’s urban trees is not possible,” the press release states. Damage resulting from construction and infrastructure improvements continue to be the leading cause of decline and death of mature live oaks.

It is recommended that licensed arborists be consulted prior to any construction activities near valuable trees. Communication among contractors, Parks and Parkways, SCAA and licensed arborists has improved and become constructive to the preservation of the live oaks on St. Charles Avenue.

For more information about the St. Charles Avenue Association, visit the group’s website.