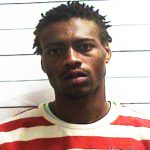 A man was tied up inside the home of Lower Garden District man who was later arrested on assault, robbery, gun and drug charges, the New Orleans Police Department reported.

The victim, a 41-year-old man, was in the 900 block of St. Mary Street when a gunman forced him inside his home, where he was tied up, the police report states.

Police arrived at the scene at about 9 p.m. and arrested Sean Carter, 24. Arrest records show Carter faces charges of armed robbery, aggravated assault and illegal possession of a firearm. The booking information from the Orleans Sheriff’s Office also shows charges of possession of heroin, cocaine, marijuana and Ecstasy with intent to distribute.