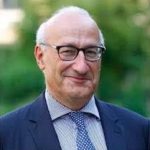 The newly appointed ambassador of France to the United States, Philippe Étienne, has chosen Louisiana for his first field trip since his arrival at the Embassy of France in Washington, D.C., on June 17.

During his July 15 visit to New Orleans, a Bastille Day reception will be held at the Résidence de France, 2406 Prytania St.

His New Orleans visit will start at the Degas House, 2306 Esplanade Ave., with a presentation by the ambassador and the consul general of France, Vincent Sciama, at 3:15 p.m. The Degas House will be officially presented with the Maison des Illustres, an award created by the French ministry of culture to honor places that represent French culture around the world.

The Degas House was the Creole estate belonging to the family of French impressionist artist Edgar Degas, whose mother was born in New Orleans. The painter spent five months in the home from 1872 to 1873.

The presentation will be followed by a quick visit to the French Quarter before heading to the Residence of France for the Bastille Day celebration beginning at 5:30 p.m.

The next day, Étienne and Sciama will travel to Baton Rouge, where a meeting with Gov. John Bel Edwards is scheduled, then to Jennings. At the Southwest Veterans Home in Jennings, the ambassador will present the Legion of Honor to Lawrence Boudreaux, a World War II veteran who served in Normandy.

Before his nomination as the ambassador to the United States by the president of the French Republic, Philippe Étienne was Emmanuel Macron’s top diplomatic adviser.

He was previously stationed in Yugoslavia, Russia and Romania where he served as ambassador from 2002 to 2005. In 2009, he became France’s permanent representative for the European Union in Brussels and was ambassador of France to Germany from 2014 to 2017.

This special visit reaffirms the strong historical ties between France and the state of Louisiana and the trust in Louisiana’s economic and cultural partnership with our country, according to a press release from the Consulate General of France in Louisiana.