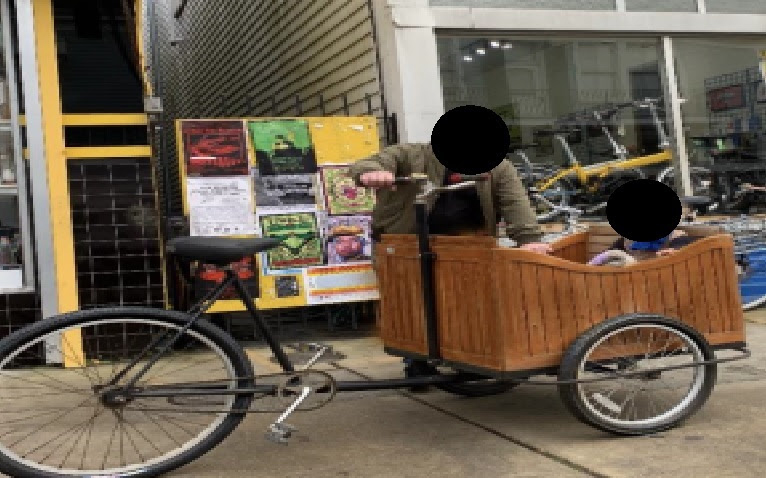 This custom bike was reported stolen on June 2. (via NOPD)

New Orleans police officers are searching for a custom-made cargo bicycle that was reported stolen from the 1400 block of Monroe Street in the Leonidas neighborhood.

The victim told police that she last observed the bicycle in the yard of her home the morning of June 2. Upon returning home around 7:30 p.m. the same day, the victim discovered her bicycle was missing.

Anyone who encounters the missing bicycle is asked to contact Second District detectives at 504-658-6020. Citizens with information that can help solve crimes are asked to call Crimestoppers at 504-822-1111 or toll-free at 877-903-STOP.