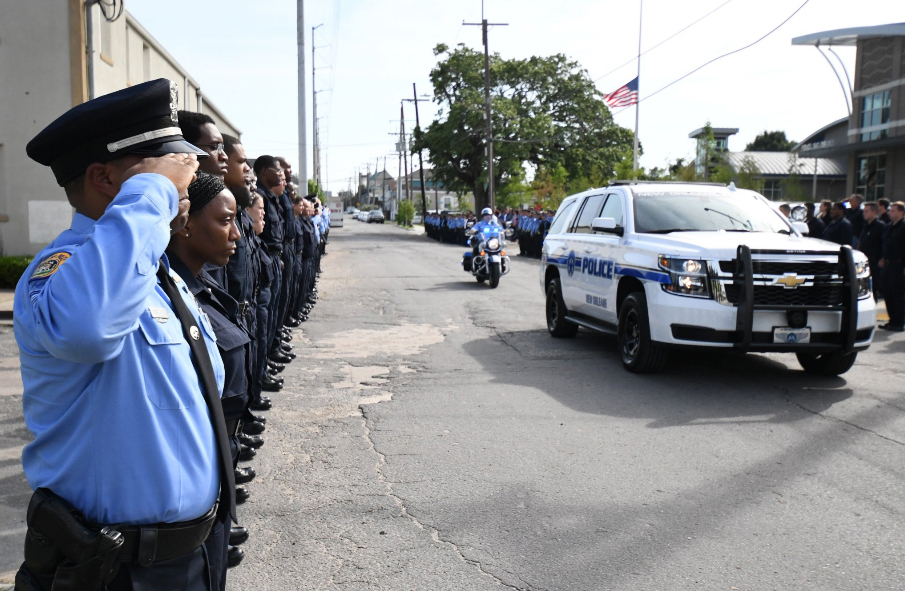 The NOPD holds a final salute for Commander Doug Eckert on Friday. (NOPD via Twitter)

Eckert ended his 22-year career with the NOPD at 56 on June 9 as commander of the Second District. He had worked his way up through the ranks since joining the department in 1997. He became a sergeant in 2002, a lieutenant in 2012 and commander in 2014.

Eckert was commander of the Criminal Investigations Division – which includes the Homicide, Special Victims, Property Crimes and Juvenile sections – from 2015 until his appointment to the Second District in March as commander.

It was his second stint in the Second District. As a lieutenant, he served as chief of investigations for the Uptown district, second in command to then-Commander Paul Noel. He left in 2014 to run the city’s Crime Lab and Evidence Division.

“He has served the city of New Orleans and its residents with honor, dignity and respect,” NOPD Superintendent Shaun Ferguson said at his retirement. “Even in his final days with the department, Doug’s passion and dedication for the job were on display. He is the epitome of what it means to be a law enforcement officer.” Eckert’s dedication was such that he continued working after a cancer diagnosis.

The region’s law enforcement and public safety community honored Eckert on Friday before he was transported to Mandeville, where a funeral Mass and private burial were held. 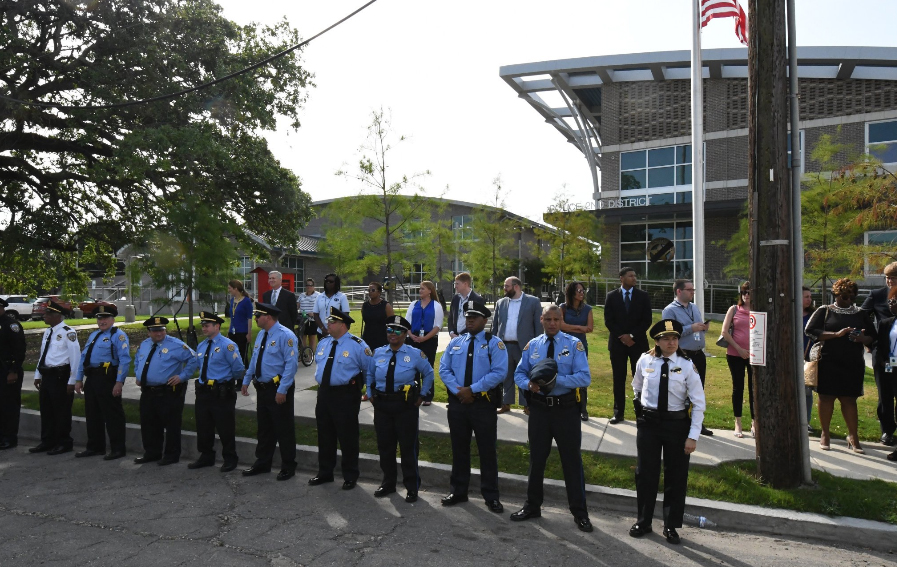 NOPD officers wait for the procession to pass on Friday. (NOPD via Twitter) 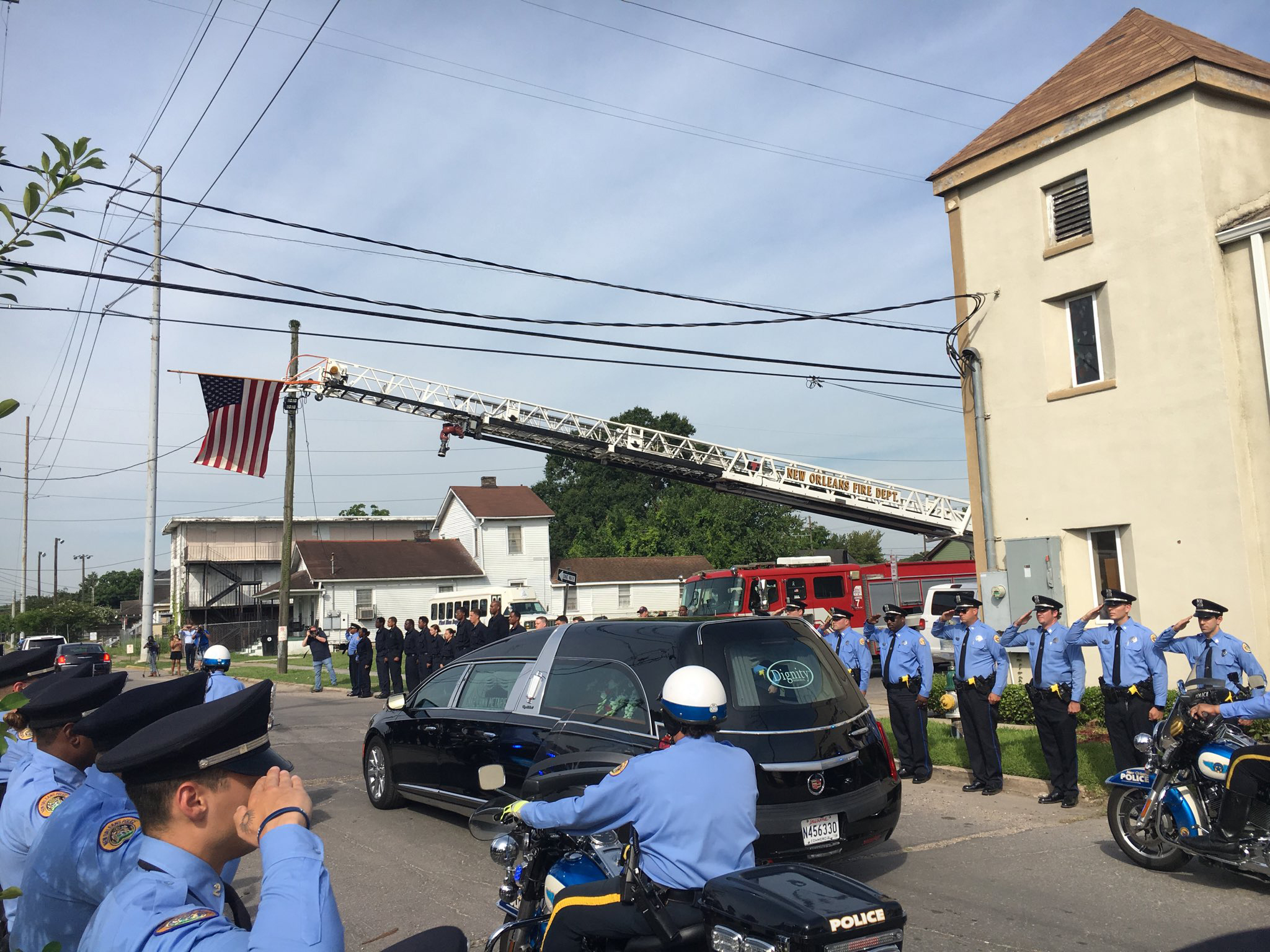 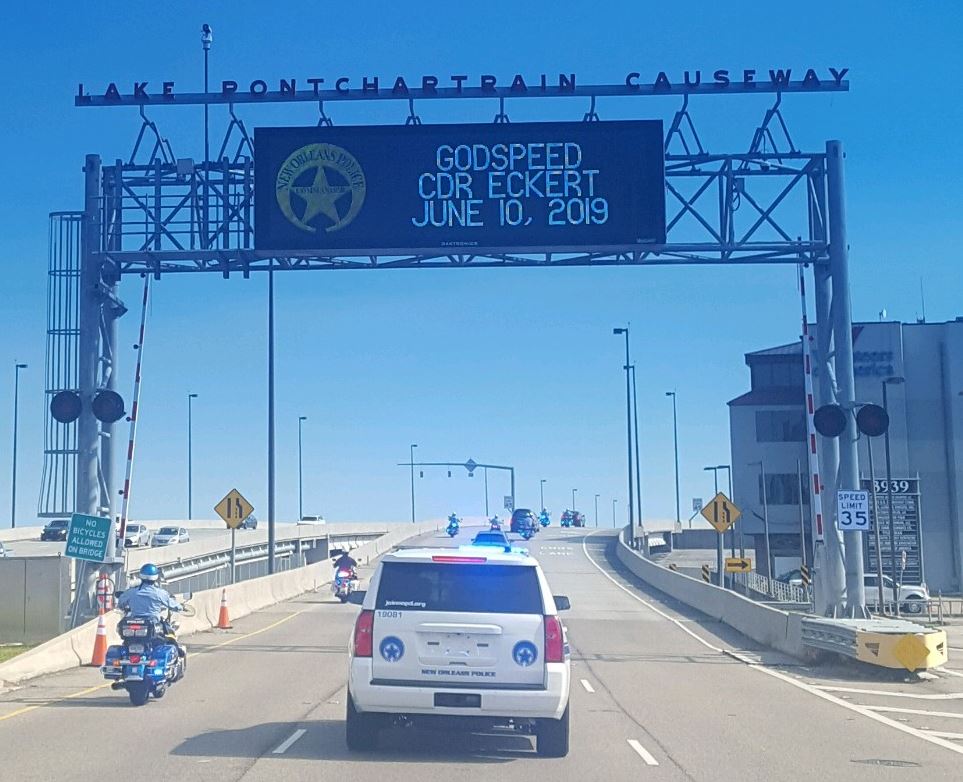 The Causeway Police Department pays tribute to fellow law enforcement officer Commander Doug Eckert as he is transported to his final resting place in Mandeville. (NOPD via Twitter)