The new administration at Xavier University of Louisiana has made plans to remove and restructure the entire Office of Student Affairs, which means key staff members will lose their jobs. Over the past few weeks, that plan and other decisions have sparked disapproval from alumni, staff and students, who circulated a petition that garnered nearly 2,800 signatures. 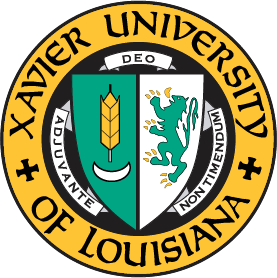 Some recent actions have made the Xavier community question the administration’s strategic plans and the identity and direction of the university itself.

Xavier’s President C. Reynold Verret and Vice President of Student Affairs Curtis Wright laid out plans for staff restructuring in emails sent to the Xavier community earlier this month. Wright’s May 16 letter went into detail about the changes:

“In order to serve the expanding needs of students, the Office of Student Affairs has determined the need to restructure the division. To that end some positions have been eliminated allowing us the opportunity to create new roles to meet these very important needs of our community,” he wrote.

Wright went on to name the six eliminated positions, which community members call “key positions” in the student experience. In Verret’s letter, he notes student concerns and best practices as Wright’s basis for this decision.

“Vice President Wright has spent much of the past year examining this information, meeting with students, and working to implement best practices in student affairs,” Verret wrote.

The announcement caused Xavierites and other stakeholders to voice their concerns, expressing frustration over what they see as a lack of input on major decisions. Several sources—including petitioners, staff members, student government, and alumni—said they worry about the strategic planning and what it means for the future of the university.

Soon after the emailed announcement, Xavier community members started a petition for the rehiring of Student Affairs personnel, to show Wright how “truly disturbed” people are with the decision. “Students were not given an opportunity to give input on this decision before it was made,” the petition reads. “Since the beginning of the 2018-2019 academic year, various decisions have been made that have not been in the best interest of the students of Xavier University of Louisiana.”

In regards to the staff members whose positions have been terminated, the petition says: “These people have dedicated their time, tears, energy, and life to make sure that the students of Xavier University of Louisiana were well equipped with the skills to fulfill our mission of ‘promoting a more just and humane society.’ ”

A member of the current administration said the move makes staff members feel that their jobs may be in jeopardy. “If they can fire those individuals who have been here for years, surely any one of us can be let go,” said the staff member, who asked to remain anonymous.

Xavier’s Student Government Association met with administrators on May 20, airing grievances and offering alternative solutions to proposed plans. The response states how the Office of Student Affairs “was well-equipped and had a track record of engaging students in leadership and their personal development.”

Their response also addressed student complaints of lack of input in decisions like this and student concern about preserving the culture of the university. See their full meeting agenda via Twitter below:

Productive meetings took place this morning between the SGA, MAX, Peer Dean Association, and administration. The agenda focused on a response created by student leaders as a culmination of concerns and appeals that have been presented to the President.#ourHBCUourRESPONSIBILITY pic.twitter.com/bzYYOGCzmb

Xavier’s National Alumni Association made remarks and comments to the XULA Board of Trustees, also as a response to the changes. On May 23, Association President Randall McHenry penned a letter based on conversations with alumni and student leaders.

The letter addressed three major areas of concern: communication and transparency, overall strategic vision, and diversity. “Alumni and Students have lost confidence in this Administration’s ability to communicate effectively and with transparency,” McHenry wrote. They cited “the most recent communications around the dismissal of key personnel” and a marketing campaign perceived as an attempt to attract more white students as examples.

McHenry continued, stating, “the restructuring of an entire department can and should be discussed as standard good, change-management practices.”

Norman C. Francis was president of Xavier University for 47 years and is honored as the nation’s longest-serving college president. Francis retired in 2015, and Verret took over the position by unanimous vote on July 1, 2016.

Our anonymous source predicts that the changes to the Office of Student Affairsare are only one part of a larger plan for the new university leaders. “Many of us feel they are ridding themselves of the staff from the old regime in order to institute their changes without challenge,” they said.

The source speculated that Xavier will become a training ground for students, meaning jobs that are currently available for staff will be taken over by graduate students. “It’s happening now in housing, and I think so even in the counseling center,” they said in reference to Verret’s letter.

According to Verret, the university announced changes to the Office of Residential Education in October and will “implement a new residential curriculum and two themed communities allowing residential students a more robust on-campus living experience” this fall. They will be hiring a new assistant director, a housing coordinator and five new graduate hall directors this summer.

“We have reimagined the role of student involvement and leadership development in the Center for Student Involvement. We will immediately begin the search for a Clinical Director and a licensed Psychologist in the Center for Health and Wellness to help address the mental health and well-being of our community. And lastly, we will continue to build a student-centered residential experience for our on-campus student population.”

The alumni association responded: “The hallmark of effective leadership is the ability to articulate a clear vision that key stakeholders can understand, embrace, and execute. After nearly four years under the current Administration, many are still wondering, what is the vision of the current Administration and how does it strengthen the mission of St. Katherine Drexel?”

They continued, saying they would like a clear vision of what this administration envisions for the future, with XULA’s centennial approaching in 2025. “When will we see or hear that vision and will it reflect St. Katharine Drexel’s vision and rich history of Xavier?” McHenry wrote.

The new administration has expressed a desire for more diversity at the historically black university, or HBCU, though students and alumni feel that the school is diverse enough. According to alumni, Xavier is 21% non-black. This percentage is higher than other notable HBCUs such as Spelman, Hampton, Tuskegee, Dillard, Howard and Morehouse, most of which have less than 10% non-black enrollment.

This call for diversity, as well as a marketing campaign that featured many white faces, has caused great concern within the alumni and student communities. Some fear that the current administration is abandoning the university’s roots.

SGA wrote: “Since this university is an HBCU, there is additional significance to sustaining a rich and vibrant black culture in which students are able to see themselves in leadership positions because they are represented by other minorities.”

“How does the Administration define ‘diverse’?” McHenry asked. “Is maintaining our HBCU classification a priority for this Administration?”

Xavier’s SGA offered solutions to help avoid controversies like these. They suggested increasing communication between administrators and student leadership; including student body’s voice in the hiring process; and sharing the initial data used to determine student dissatisfaction that resulted in the changes.

The National Alumni Association suggested a possible communications advisory team featuring alumni who could assist the university when developing and sharing sensitive communications. Another option would be to hire or consult a PR/Media professional to aid in similar matters in the future.

McHenry asked, “As we are in the strategic planning process, will there be a committee or collaborative effort that ensures the strategic direction ties back to the vision and overall mission of the University?”