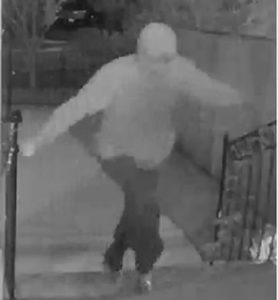 A package containing children’s toys was taken from a front porch on Robert Street. (via NOPD)

The New Orleans Police Department released photos from surveillance video related to two thefts outside Uptown homes, one involving a package of toys taken from a front porch and another involving a lawnmower and other tools taken from a backyard.

In the Freret neighborhood, police are seeking to locate and identify a suspect in a package theft seen on video surveillance on May 10.

At 2:35 a.m., an intruder in a hooded sweatshirt, with the hood tightly pulled over the head, entered the front yard of a home in 2300 block of Robert Street. The intruder walked onto the front porch and removed a boxed package that contained children’s toys.

Surveillance video of this incident can be viewed at this link.

Anyone with information regarding this incident or the pictured subject is asked to contact NOPD Second District detectives at 504-658-6020, or to call anonymously to Crimestoppers at 504-822-1111. 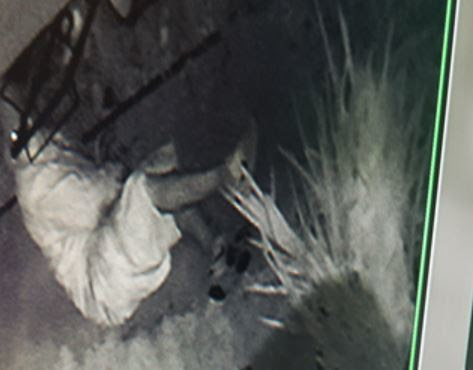 A screenshot from a surveillance video shows a theft from a Jeannette Street backyard. (via NOPD)

In the Carrollton neighborhood, a red Toro lawn mower, an orange STIHL weed eater, and a Dewalt sawzall and battery were found missing from the rear yard of a residence in the 8600 block of Jeanette Street.

A review of security camera footage determined the incident occurred on April 29 at 12:35 p.m.

Anyone with information on this incident or the identity and whereabouts of the wanted subject is asked to contact Detective Sa’Brina James or any Second District detective at 504-658-6020 or call Crimestoppers anonymously at 504-822-1111.