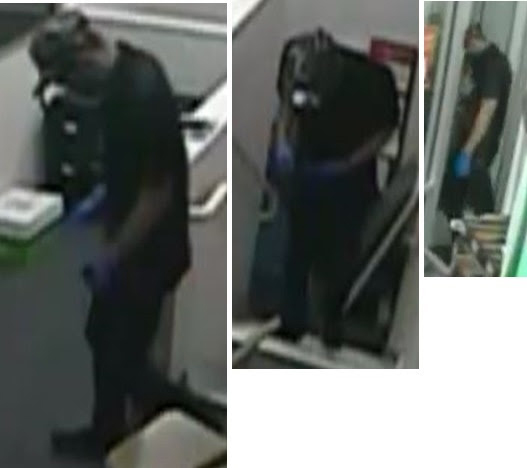 The NOPD is requesting the public’s assistance in identifying and locating a suspect in a theft that occurred May 1 in the 3700 block of South Carrollton Avenue.

At 11:05 p.m., a surveillance camera captured video of a man, pictured above, entering the CVS Pharmacy on Carrollton near Washington Avenue, using a key to open the door. The store had closed at 10 p.m.

He then reportedly used a security code assigned to one of the managers to disarm the security alarm, and then used a key to enter the manager’s office. Inside the office, he used the code to the safe to unlock it and then removed a large amount of cash.

Store managers told police that the man caught on video is not an employee of the business.

Anyone with information regarding this incident or the pictured subject is asked to contact NOPD Third District detectives at 504-658-6030, or call anonymously to Crimestoppers at 504-822-1111 or toll-free at 877-903-STOP.