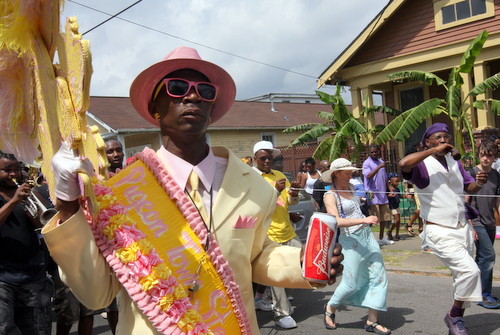 The Pigeon Town Steppers will present its 25th annual Easter second-line on Sunday, April 21. The social aid and pleasure club will be accompanied by the Big 6 Brass Band and Da Truth Brass Band.

Traffic will be restricted along the route. Expect road closures and traffic delays during the event, which begins at 1 and ends at 5 p.m.. Call 504-658-8100 for parking enforcement.