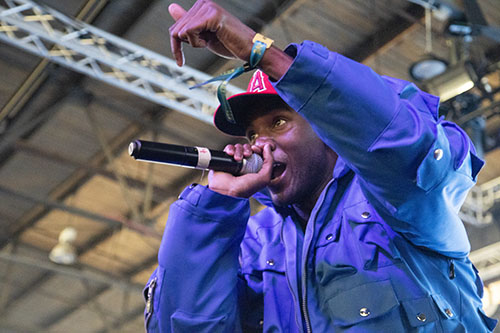 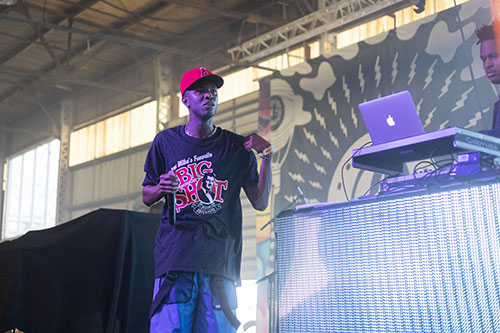 Malik Ninety Five, who recently released his first album Tragedy Under the Sun, does not want to be limited by the traditional sound of New Orleans hip-hop.

“I want it to be known that I’m from here, but I never want to adapt a full New Orleans sound,” Malik said. “I want to be able to make something that gives New Orleans a new sound, just like how Pharrell gave a new sound to Virginia. I’m big on music based in emotion and feel. I’m big on chord progressions that inspire.” 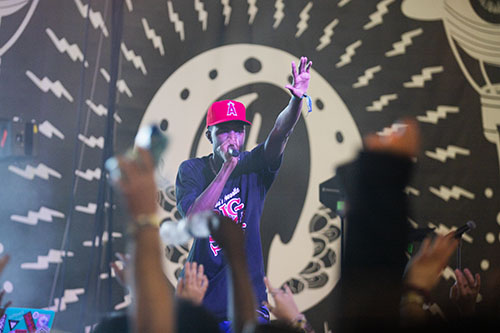 Malik Ninety Five engages the crowd during his performance on the Float Den stage with DJ Shaad Smooth on Saturday, March 23 at the 2019 Buku Music + Art Project. (Zach Brien, UptownMessenger.com)

To Malik, being included in this year’s festival lineup solidifies his place as a representative of New Orleans hip-hop. When asked his top five favorite New Orleans musicians, he said:

“(Lil) Wayne number one, Curren$y number two, number three would have to be Master P, (number four) Soulja Slim and, let me give somebody off-kilter…I’m going to put me up there, too.” 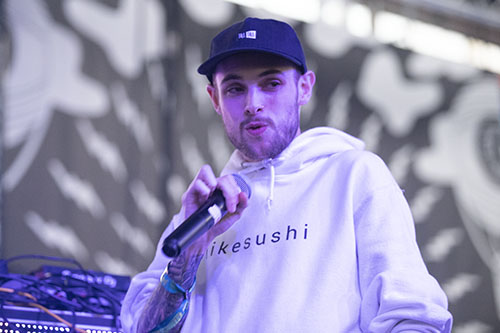 Another New Orleans native, James Seville recently released his first album as well. Seville describes Jamesville as “an alternative to rap,” which he credits to a wide scope of inspirations, including fusion, indy-pop, James Taylor, and Flume.

One track on his album, “When I Grow Up,” has a balance of quality lyrics and instrumentation. Seville wrote the song so the lyrics would encourage listeners to reflect inward. 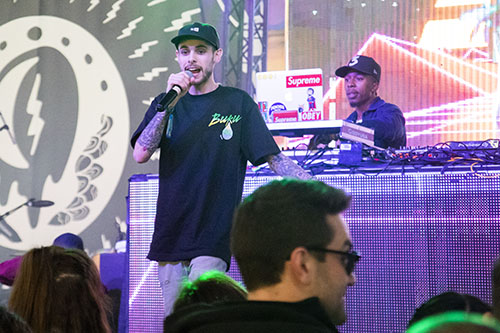 Malik and Seville agreed that Buku is important because it targets a demographic that other festivals miss. They feel that Buku brings in memorable shows by artists people might not see again. Malik recalled specifically how he felt when he saw one particular artist in 2012, the festival’s first year.

“I remember when Kendrick (Lamar) was here. I was front row for that. It was when Good Kid, M.A.A.D. City came out.” Malik said. “This was the first festival I felt like was for me.”