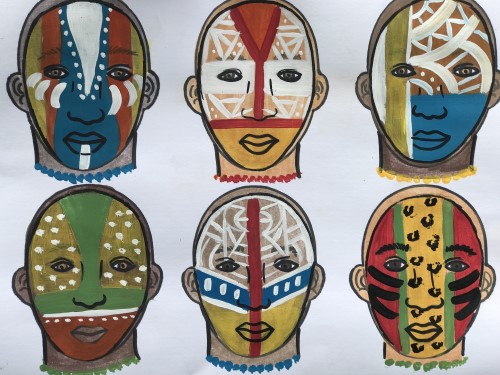 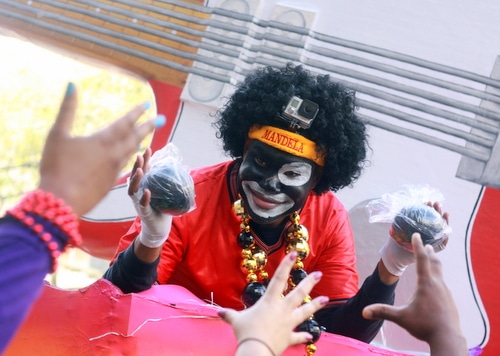 Take Em Down NOLA — the same organization that has been leading the effort to remove prominent Confederate statues from public places in New Orleans — protested at the Zulu headquarters in Mid-City during the Mardi Gras season this year over the use of “blackface” makeup by its riders.

Zulu has said the makeup was adopted nearly a century ago as a form of satire against the larger, all-white krewes that would not allow black people to participate. Take Em Down NOLA says that the imagery is impossible to distinguish from minstrel makeup that lampoons black people, and remains a symbol of racism no matter the intent of the riders.

The controversy was debated again Monday night in a forum at the Carver Theatre in Mid-City, hosted by the NOLA Black Media Collective (which includes black-owned media outlets including WBOK 1230 AM, The New Orleans Tribune, LA Weekly and Data News Weekly) and moderated by Jeff Thomas of Think504.com. Three members of Take Em Down NOLA — Malcolm Suber, Quess Moore and Angela Kinlaw — shared the stage with former Zulu president David Belfield, with additional commentary by historian Leon Waters and journalists John Slade and CC Campbell-Rock. 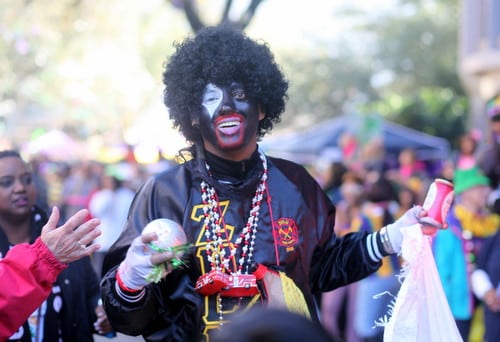 A member of the Krewe of Zulu marches in blackface on St. Charles Avenue on Feb. 13, 2018. (Robert Morris, UptownMessenger.com)

Belfield — who was not speaking on behalf of Zulu, but sharing his own experiences as a longtime member because the club’s current leadership chose not to appear Monday night — described the history of Zulu and the group’s charitable work beyond its internationally-famous parade. The Take Em Down NOLA members elaborated on the history of blackface — suggesting that Zulu was allowed to parade in its early days by the city’s white establishment because the blackface makeup was seen as mockery of black people — and the moderator then steered the discussion toward possible solutions.

Slade suggested that the satirical intent of the blackface might be more apparent if the entire parade became more satirical — explicitly targeting gentrification and other issues that disproportionately affect black people in New Orleans. Moore read a prediction by celebrated activist Oretha Castle Haley that Zulu would cease to exist as its traditions became more offensive over time, and noted that Take Em Down NOLA simply wants the use of blackface to end, not the parade itself.

Kinlaw then said she has collected a number of possible redesigns of the makeup by New Orleans artist Journey Allen that could “evolve” the tradition away from the blackface pattern of exaggerated eyes and lips that cannot be distinguished from racist uses.

“It is designed as an extension of the minstrel tradition. There is no other way to interpret that,” Kinlaw said. “There’s nothing about Zulu that we love and appreciate — to include the charity work that you do — that we couldn’t appreciate without the blackface.

“This has got to go,” Kinlaw concluded. “There are many configurations of new possibilities. We want to imagine a new world: Not stop the tradition, but push the culture forward, because New Orleans has done that before.”

Belfield reiterated that he could not speak on the krewe’s behalf, and would leave any decisions to the club’s current leaders. Personally, however, Belfield said he sees potential in the artist’s new ideas.

“As far as these photographs go, I like the artwork. I like the design,” Belfield said. “I don’t know that the organization is going to take very kindly to the attempts to force us to do something. However, the conversations about trying to inject different possibilities of facial design is welcomed by me, and I hope it will be welcomed by the organization.”

See the full video below: