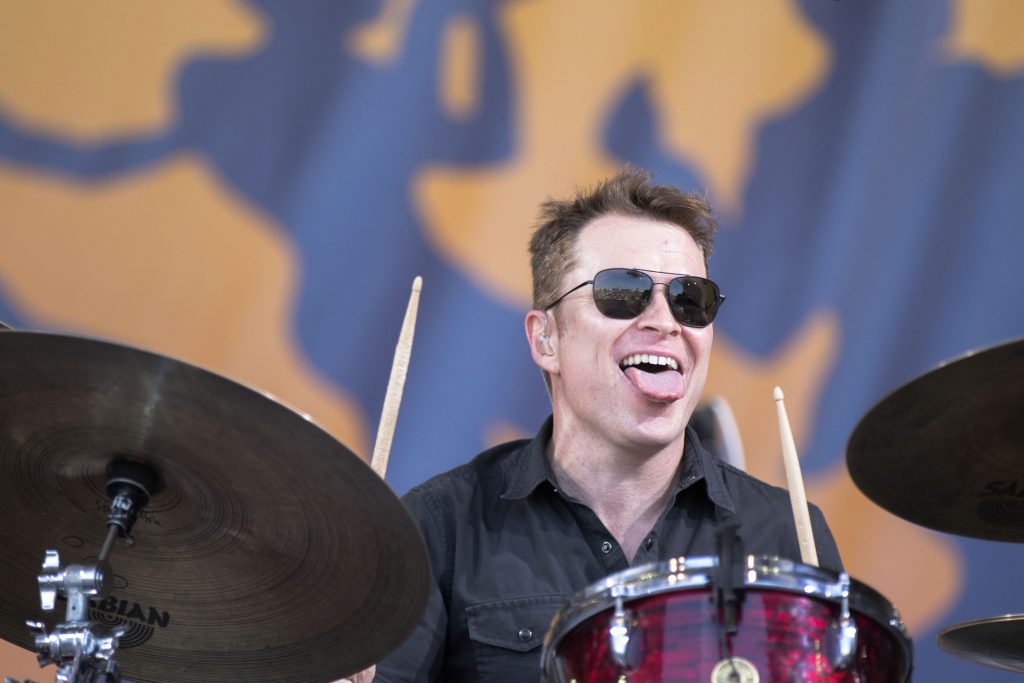 Galactic drummer Stanton Moore performs on the Acura Stage in 2017. Galactic, Diana Ross and the Dave Matthews Band are among the headliners the millage vote will compete with for voters’ attention. (Zach Brien, UptownMessenger.com)

The special election that includes the proposal to reallocate the funding for the city’s parks and recreation facilities will take place May 4 — on the second weekend of Jazz Fest, Claire Byun reports in Mid-City Messenger, a day that many locals plan to spend listening to Galactic or Aaron Neville, not heading into the voting booth for a single issue.

Bob Becker, CEO of City Park, which could get its first city funding under the measure, explained the timing to members of the Mid-City Neighborhood Organization on Monday. “There are only so many dates, and this is one agreed upon by [park leadership] and city and state officials,” Becker said.