Traffic will be restricted along the route below. Expect road closures and traffic delays during the event. RTA services might be interrupted during this event as well. 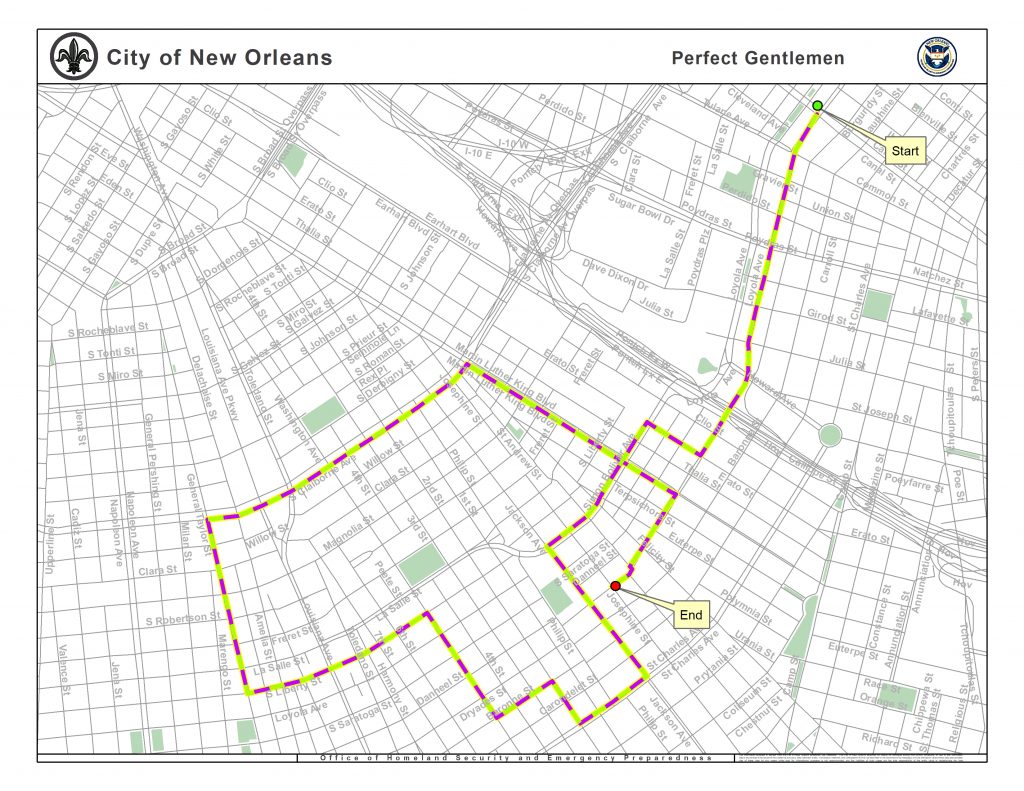 The parade will start at Canal Street and North Rampart Street and continue Uptown. Stops include the Low Ceiling Bar at Saratoga and Erato streets, the Purple Rain Lounge at Saratoga and Washington Avenue, Silky’s Bar at Gen. Taylor and Magnolia streets, and On Faith Donut and PeeWee CrabCakes on the Go on Martin Luther King Jr. Boulevard. It will disband at the Travis Lyons Youth Center on Oretha Castle Haley Boulevard and Josephine Street.

The weather on Sunday is forecast to be mostly sunny with temperatures in the 60s.