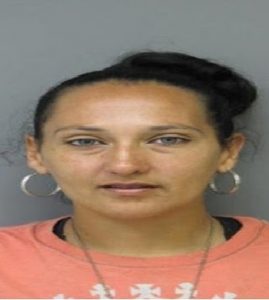 New Orleans police officers are searching for April Terrebonne, 33, who is accused of being in illegal possession of a stolen refrigerator.

On Oct. 31, Sixth District officers were driving near Rev. John Raphael Jr. Way and Josephine Street, when they observed a woman leaning on a large cardboard box.

A witness in the area advised officers that someone was attempting to steal a refrigerator from a residence located in the 2100 block of Rev. John Raphael Jr. Way.

During the course of the investigation, officers identified Terrebonne as a suspect in this incident.

Anyone with any information regarding April Terrebonne’s whereabouts should contact Sixth District detectives at 504-658-6060. Citizens with information that can help solve crimes are asked to call Crimestoppers at 504-822-1111 or toll-free at 877-903-STOP.