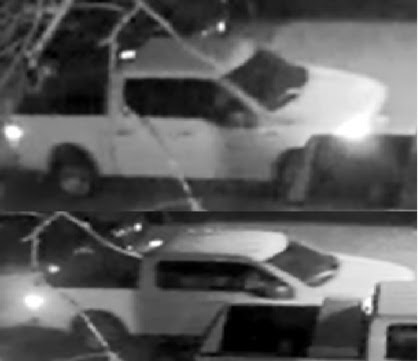 The NOPD is trying to identify the occupants of the pictured vehicle, who are wanted in connection with an auto burglary on Louisiana in Broadmoor. (via NOPD)

The New Orleans Police Department is seeking assistance in locating and identifying subjects linked to separate vehicle burglary incidents in Uptown locations. The first incident took place in Broadmoor on Oct. 31. On Nov. 1, multiple car burglaries were reported in the Sixth and Second districts.

In the Oct. 31 incident, officers are seeking assistance from the public in identifying the occupants of the pictured vehicle, who are wanted in connection with an auto burglary that occurred in the 3800 block of Louisiana Avenue Parkway.

The victim told police that on Oct. 31, around 7:30 a.m., he entered his vehicle and discovered several electronics had been stolen from inside the vehicle.

During the course of the investigation, officers reviewed surveillance video from the area and observed the pictured vehicle approach the victim’s vehicle at 2:56 a.m. and park beside it.

A passenger from the suspect vehicle reportedly entered the victim’s vehicle and remained inside for several minutes. The subject then fled the scene, heading northbound toward South Broad Street.

In a series of incidents on Nov. 1, surveillance video captured two men in the commission of a vehicle burglary in the 2900 block of Baronne Street at  2:57 a.m. The video can be seen by clicking this link.

The subjects are suspected of involvement in four similar vehicle burglaries in the Sixth District and four in the Second District on the same date. All involved the breaking of a window on a vehicle with tinted windows.

In several of the cases, entry was apparently being made by one of the subjects climbing in the smashed window.

The subjects left many valuable items in these incidents, while taking items of limited or zero apparent value.

Anyone with any information regarding these incidents should contact Sixth District detectives at 504-658-6060. Citizens with information that can help solve crimes are asked to call Crimestoppers at 504-822-1111 or toll-free at 877-903-STOP.