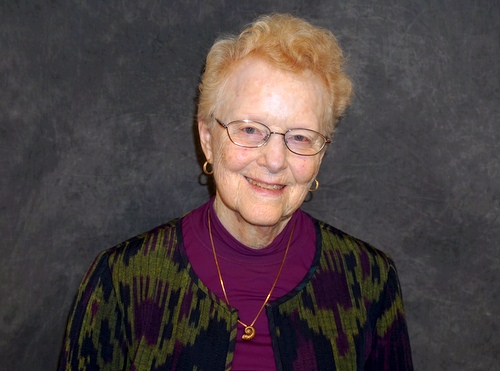 Uptown resident and long time activist-philanthropist Mary Keller Zervigon epitomizes the best in service to the community. When the United Way of Southeast Louisiana was looking for a worthy New Orleanian to induct into their Alexis de Tocqueville Society on Nov. 1, Zervigon – an heir to the Louisiana Coca-Cola Bottling Company fortune – was an easy choice. Zervigon’s grandfather Alfred Bird (A.B) Freeman began selling the new-fangled bottled drink in 1906. Several decades later, the family’s well-documented history of philanthropy began.

“What else was I to do?” Zervigon replied when asked if public service ran in her veins. “It was the way we grew up.” Zervigon said she wasn’t adept at tennis or golf but found her calling in helping bring solutions to problems that exist across New Orleans. “There’s just not enough money here to solve all the issues. Education from the bottom up is an important key to success.”

Just as her mother Rosa Keller was long associated with Dillard University, Zervigon has spent decades working with Xavier University. She is a big advocate of quality education especially at the pre-school and grammar school level. “All kids want to learn. We need teachers who understand how to teach them. We have to start early to break into the cycle of poverty with good preschool, good nutrition.” Zervigon is also a founder and former president of the popular New Orleans Charter Science & Math High School, which is training students for a high-tech future. “I worry about the country. We are so science illiterate. It leaves us open.”

A single mother who raised five children and graduated from Loyola University Law School, Zervigon understands the importance of working with government. “My mother set up the school integration campaign in our backyard.” Zervigon served as an aide to Mayor Moon Landrieu, a delegate to the 1974 Louisiana Constitutional Convention, Chairperson of the Louisiana Tax Commission, and is currently president of the Board of Liquidation, City Debt.

Though the Keller Family Foundation and the RosaMary Foundation have always made large contributions, Zervigon also likes to work with small groups where she can clearly see the impact her donation makes. “Money is a tool to help the community and continue the good work well-run organizations are doing.” Zervigon considers the Innocence Project especially worthy of her support. “My family has traditionally worked with the United Way in part because of their strategic thinking and culture of workplace giving. New Orleans thrives when small and medium-size donors are motivated to be a part of the solution.”

Today the third generation of A. B. Freeman’s descendants is stepping up to shape the family’s giving habits for the future. “I have two sons living in New Orleans and they are very involved along with several cousins. We are not going to spend down the foundations. They will live on.”

JASON WILLIAMS THROWS THE GAUNTLET DOWN TO DA CANNIZZARO

With yesterday’s heart-felt announcement confirming speculation that Councilman At Large Jason Williams will indeed run for District Attorney in 2020, DA Leon Cannizzaro can take his time in responding. Williams has successfully redefined himself with a new look. As chair of the Council’s Criminal Justice Committee, he can regularly make the DA’s life miserable, especially during this budget season.

Cannizzaro has been around a long time. He is a resilient fighter and not likely to change now. Though today’s polls might lean toward Williams, the election is still more than a year away. Whenever he is ready, Cannizzaro can come out blazing with earned and social media, as well as grassroots building in the neighborhoods, in churches, and with key constituents. A strong push now would also keep other potential challengers at bay. On the other hand, Canizzarro could sit back, watch and wait. He really doesn’t need to make a final decision until qualifying. While Williams will probably start running hard, don’t count Leon out just yet!

Pulitzer Prize-winning journalist Tyler Bridges always nails it in his on-spot analyses of the political players and landscapes that shape our world. Tonight Bridges will be presenting his new update of a 1994 biography of David Duke at the Octavia Books. Duke-like many politicians – is always trying to remake himself. Yet in this Trumpism-era much of Duke’s old rhetoric fits right in.