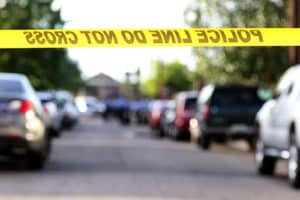 The NOPD has arrested a subject in connection with a homicide that occurred in the 4200 block of S. Claiborne this morning.

Reports say Second District officers responded to a call at 8:19 a.m. Friday, August 10, 2018 reporting a fight in the 4200 block of South Claiborne Avenue. When they arrived they found an unresponsive male at the location. The victim was transported to University Medical Center where he later died.

During the investigation into this incident, detectives interviewed known witnesses and identified Simon Morris (W/M DOB: 10-8-1986) as the alleged perpetrator. Morris will be booked into the Orleans Parish Prison on one count of manslaughter.

The Orleans Parish Coroner’s Office will determine an official cause of death and release the victim’s name, upon completion of autopsy and notification of family. No further information is currently available.

Homicide Detective Bruce Brueggeman is leading the ongoing investigation and can be reached at 504-658-5300 with any information regarding this incident. Citizens with information that can help solve a crime are asked to call Crimestoppers at 504-822-1111 or toll-free at 1-877-903-7867.