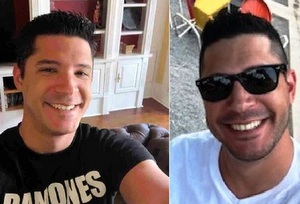 A man who allegedly stole the identity of an Arabella Street resident he was staying with to fraudulently make charges to a credit card is now wanted on warrants that stretch from New York to Florida, New Orleans police said.

Isaac Michael Sylvester, 34, is wanted on charges of identity theft, fraud and resisting arrest, according to initial NOPD reports. Sylvester is accused of “making numerous fraudulent charges to a credit card of the victim, with whom he was reportedly residing between April through July 2018 at the victim’s residence in the 600 block of Arabella Street.”

Detectives tried to arrest Sylvester at the home, but he escaped from them and remains at large, the report states.

Sylvester is believed to have used multiple names — including known aliases of Isaac Michael Macavoy, Isaac Macafferty and Isaac McLaughlin — and false Social Security numbers in his identity-theft crimes, the release states. He is described as a 5-foot-8, 160-pound white man with black hair and brown eyes who spends his time in the French Quarter and Uptown, the report states.

Anyone who can help locate Sylvester is urged to call Sgt. Frank Denton with the Orleans Parish District Attorney’s Economic Crimes Unit at 504-827-6011, or CrimeStoppers at 822-1111 to leave an anonymous tip that could be eligible for a cash reward.