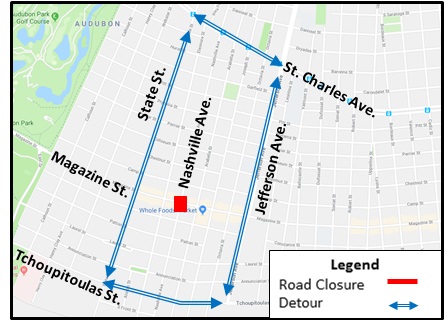 (map via city of New Orleans)

The intersection of Magazine and Nashville streets will be closed for three weeks while workers repair underground utility lines and repaved, New Orleans officials announced.

Workers with Hard Rock Construction will begin work Monday, July 9, starting with the drainage line repairs, according to the city’s announcement. Afterward, they will repave the entire intersection “to address the dip in the roadway,” the announcement states.