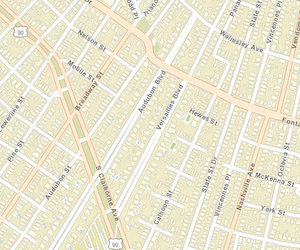 The victim “was traveling at a high rate of speed when his vehicle struck a utility pole” in the 50 block of Versailles Boulevard (between South Claiborne and Fontainebleau) shortly after 7:30 p.m. Sunday, June 3, according to initial NOPD reports. He was the only occupant of the vehicle, and paramedics pronounced him dead at the scene, the report states.