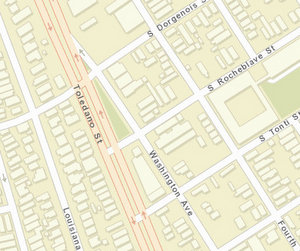 A woman was dragged into a car and beaten by a man she knew early Wednesday morning on South Rocheblave Street, New Orleans police said.

The victim, a woman in her 40s, was leaving a location in the 2800 block of South Rocheblave (near Washington Avenue) around 2 a.m. Wednesday, May 30, when the man grabbed her legs from behind, according to the initial NOPD report.

The man then “forced her inside of his vehicle, where he physically assaulted her for approximately 20 minutes,” the report states. “The subject then drove the victim to another location and let the victim out of the vehicle. The victim was able to escape and call the police.”

The man then drove off in another direction, and the investigation is continuing.