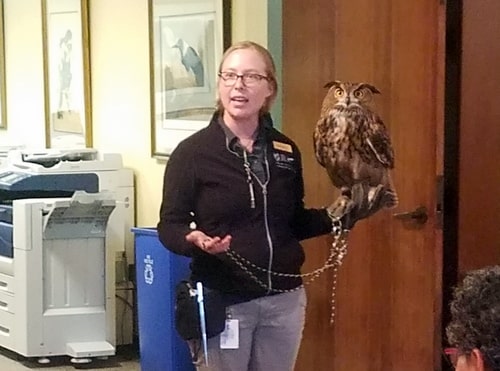 After recent outcry from nearby neighborhoods, Audubon Commission officials said Tuesday that they plan to revive and update the decade-old “master plan” for Audubon Park, and they will be seeking the public’s input on it in three sessions that start in less than two weeks.

The Audubon Commission had actually created a master plan for the park in 2004 and it was “90 percent” complete by 2005, before Hurricane Katrina and its aftermath upended operations, said Kyle Burks, who was named managing director of Audubon Zoo and Park last summer.

That concept of a master plan for the park assumed a prominent place in public debate again in 2016, following the controversy over a since-abandoned proposal to allow the Carrollton Boosters to build a soccer complex on the Riverview (popularly known as The Fly). Opponents of the project said it represented a growing trend in New Orleans of walling off green space from public use, and told park leaders during packed public meetings that the creation of a strong master plan should be a top priority.

Now, Burks said, the Audubon Commission plans to resurrect the old document — which was created following a series of public input sessions starting in 2003 — and update it to reflect both the present status of the park facilities as well as current sentiment about its future development. A major component of the new master plan will be a series of three monthly input sessions on the following dates:

All three sessions will run from 6 to 8 p.m. and be held at the Audubon Tea Room, 6500 Magazine Street. They will be facilitated by the Eskew, Dumez + Ripple architecture firm.

Burks said he did not expect major land use changes at the park within the master plan, but that the process is necessary to have a current guiding document.

“These public meetings are intended to get direct public input,” Burks said. He added, “We want to dig deep. We want to be transparent about these ideas moving forward.”

Also as part of the input process, the park has created a companion website, AudubonParkMasterPlan.org, which is designed to solicit specific, targeted feedback from the public outside the meetings, Burks said. That website went live late Wednesday morning.

The 2005-era master plan will also be available as part of the new website, Burks noted.

In a related issue discussed at Tuesday’s meeting of the Audubon Commission, while green-space advocates worry about the privatization of public areas, the park discovered during the last master-plan process 15 years ago that private encroachment was literally taking place at the edges of Audubon Park. Private homeowners who lived on the park had built their backyards onto park property, sometimes just by a few feet or the edge of some infrastructure, or in other cases whole gardens or structures.

The park investigated the problem and determined that the best way to handle it was to charge the private property owners “rent” for their use of the publicly-owned land, said attorney Henry “Tut” Kinney. The park appraised the property in question — often as few as 10 or 15 feet past the property line, for a total area of only a few hundred square feet — and charged the property owners accordingly.

Over the last 15 years, most of the property owners simply removed what they had built on the park. Four encroachments remain on the Walnut Street side of the property, however, and two new ones have been discovered.

Kinney recommended that the commission renew the leases for another 5-year term, same as before, using the price previously charged but scaled up according to the increase in the consumer price index since 2013.

Some of the older encroachments are related to homes built a century ago, and would be more complicated to remove, noted Audubon CEO Ron Forman. In general, however, Audubon prefers for them to be removed if at all possible.

“Our druthers is that they not pay, and they move farther back,” Forman said.

The commission voted unanimously to allow commission chair Kelly Duncan to pursue the four lease extensions and the two new leases, or to have them removed. A list of the exact locations of the leases being renewed and created was not immediately available after the meeting, said park spokesman Frank Donze.

Tuesday’s meeting also included updates on improvements to Woldenburg Park and the major land swap involving the public belt railroad and the dock board’s riverfront property downtown, as well as on the species survival program’s new male gorilla for breeding purposes, the birth of a new giraffe and a critically endangered Eastern Bongo, and the release into the wild of endangered cranes.

The commission also met “Mr. Miyagi,” a Eurasion Eagle Owl that is learning free flight around the public as part of the zoo’s “animal ambassador” education program. The owl eyed the commission calmly from zookeeper Amanda Kaufman’s arm during his introduction to them, but commissioners learned that some of his recent visits have been more eventful, and that his favorite place to practice free flight is in the empty Superdome:

To read live coverage of the meeting, see below.