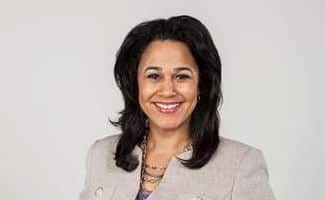 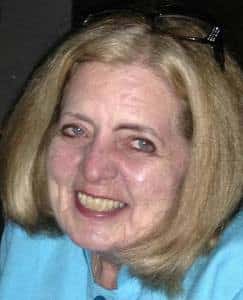 Born in a Houston suburb, Whitworth has spent almost 25 years as an award-winning broadcast journalist. She worked in Louisville, Kentucky and Raleigh, North Carolina before joining WDSU in 2003. She left in March 2016 when the station chose not to renew her contract but decided to rebrand herself as a New Orleans-based media pro and public speaker. Whitworth is also currently the on-air personality for East Jefferson General Hospital’s “Healthy Lifestyle” infomercials that air weekly on WWL-TV.

A mass communications graduate of Hampton University with additional studies at Indiana University and Perdue, Whitworth grew up in the media business. Her father’s family publishes the Roanoke (Virginia) Tribune . Her aunt, Beverly McKenna, is co-publisher of the New Orleans Tribune. During summer vacations as a child, Camille (whose birth name is Janet) wrote essays for publication.

Like Moreno, Whitworth has invested considerable time as a “community servant” working with the Ladies Leukemia League, Young Audiences, the Metropolitan Crime Commission, UNCF, the National Urban League, the Louisiana Hospitality Foundation, Festigals, Eden House, Susan G. Komen, the March of Dimes, LINKS, the Krewe of Muses and many others. Whitworth also reigned as the 2017 Queen of the Joan of Arc Parade. These relationships have kept Whitworth in the social media spotlight and helped her broaden ties across New Orleans.

A graduate of the Goldman Sachs 10,000 Small Business Program as well as the 10,000 Small Business Goldman Sachs & Bloomberg LP Coaching Session, Whitworth is also a natural born entrepreneur. She first began with a snoball catering company, then a Baton Rouge martini bar and now co-owns -with partner Daniel Victory – the New Orleans Drink Lab and Victory New Orleans, a CBD creative and classic cocktail venue with delightful small plates. The New Orleans Drink Lab teaches the history and culture of New Orleans cocktails and then gives “students” a chance to make them.

Whitworth has dipped her hands into politics this season by moderating three mayoral forums and by providing guidance to her uncle Dr. Dwight McKenna, the incoming coroner. Her family ties could continue to be a valuable asset.

District 93 encompasses all or part of many neighborhoods including the Lower Garden District, Central City, the CBD/Warehouse District, the French Quarter, Treme, and a portion of the 7thWard/Fairgrounds neighborhood. The district is predominately African-American.

Whitworth resides in an historic home in Esplanade Ridge. She would draw most strongly from the voters from below Canal Street. With their two recent wins in the City Council District B and mayor’s race, the BOLD political organization could prefer a candidate who resides closer to their base.

With broad name recognition from her television days, her community activities, and her tourism/business relationships, Whitworth should be able to quickly raise the dollars necessary to wage a credible campaign, if she chooses to qualify. Moreno has not yet indicated when she will resign or who she might support.