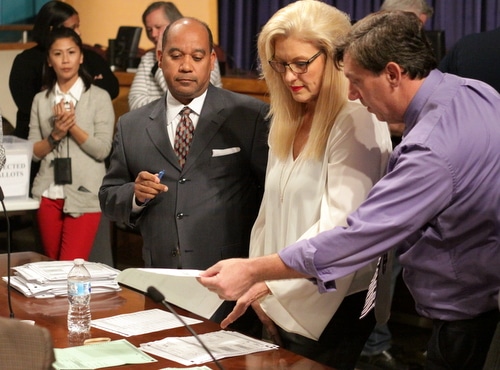 Darren Mire (left) and Thomas Robichaux confer with elections director Sherri Hadskey over a ballot during the District B recount on Monday. (Robert Morris, UptownMessenger.com)

The recount of absentee ballots in the District B City Council race added a net of three votes to Seth Bloom’s total, but he still trails Jay H. Banks by 128 votes, according to tallies released by election officials.

Bloom campaign manager Gary Solomon Jr. said that over the last week, they have identified more than 128 irregularities and discrepancies in the individual vote totals, but will not likely continue to challenge the outcome of the election. After conferring with Bloom, the campaign will issue a report on its findings later this afternoon, as well as a determination on what next steps to take.

“We want to continue the challenge the process, but not necessarily the race. Seth wants to make sure we hold the process accountable,” Bloom campaign manager Gary Solomon Jr. said. “Seth will likely concede today.”

Neither Bloom nor Banks personally attended the recount, though both had attorneys and campaign officials present. Banks said in a telephone interview afterward that he is “elated” that the election was upheld.

“The election is over,” Banks told Uptown Messenger. “I’m looking forward to working with all the residents of District B. Regardless of the margin, we’re going to be working to make the district better for everyone, and I hope Seth’s supporters will be working with us.”

Election night totals showed Banks ahead of Bloom by 131 votes out of nearly 16,000 cast, and Bloom said he wanted to examine the results before conceding. Last week, Bloom’s campaign observed the opening of the voting machines, and then requested a recount of the absentee ballots, which was held Monday morning. 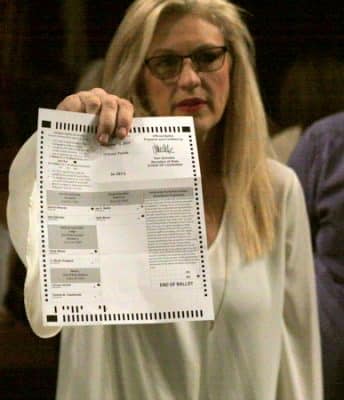 Sherri Hadskey displays a ballot that was disqualified because the voter marked the spaces for both Jay H. Banks and Seth Bloom.. (Robert Morris, UptownMessenger.com)

The change came from a variety of sources in the absentee ballots, said Sherri Hadskey, election commission for the Secretary of State’s office:

Among the irregularities the Bloom campaign found were one voting precinct where 16 more votes were recorded by the machines than signatures were written on the log of voters who arrived. Meanwhile, the precinct registry used by the election workers has yet to arrive in the mail to the Secretary of State’s office, making it impossible at this point to investigate the discrepancy, Solomon said.

In another irregularity, 45 in-person absentee ballots were accepted without signatures from the voters, while those mailed in without a signature were rejected, Solomon said. The campaign also found dozens of early votes that were not recorded properly.

“We’ve done a lot more in the last week than just show up for this recount,” Solomon said.

Some of those irregularities would not have necessarily affected the vote total, but simply make it difficult to verify, Solomon said. After discovering the problems during the recount process, Bloom will continue to investigate them moving forward and will detail that effort in the result issued this afternoon. 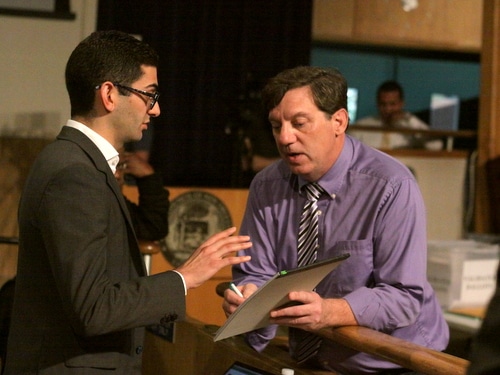 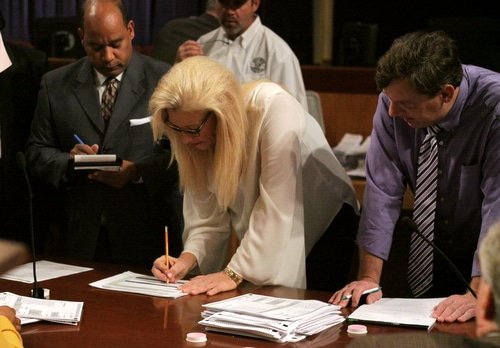 For our live coverage, see below. 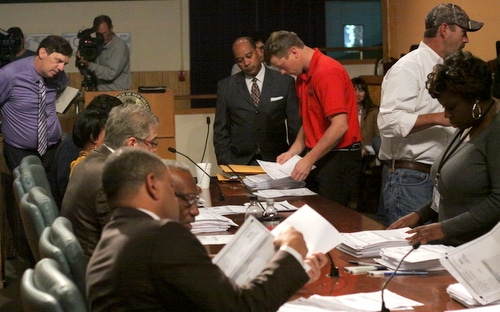