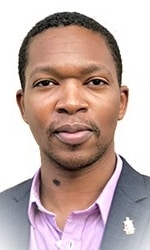 With City Councilwoman LaToya Cantrell now officially in the race for mayor of New Orleans, the contenders for her open District B seat are beginning to line up, with political consultant Timothy David Ray the latest name to join the race.

Timothy David Ray, an attorney and political consultant, has begun quietly campaigning for the seat, handing out campaign materials at community events directing voters to his website, timothydavidray.com.

In his legal career, Ray has represented the the Animal Legal Defense Fund, and teaches mediation courses at Humboldt University in Berlin, Germany, as well as serves as an adjunct in the political science department at the University of New Orleans, according to his website. Among the past clients of Ray’s consulting firm are former District E City Councilman Freddie Charbonnet, Judges Monique Barial and Ben Willard, former Judge Yolanda King, and judicial candidates Dennis Moore and Clint Smith.

Among other candidates, Eric Johnson has said he is definitely running for the seat. Former Zulu King Jay Banks and former Orleans Parish School Board member Seth Bloom both said Thursday morning they are still considering whether to run.

Banks said he is making some final logistical preparations before his announcement.

“We are 99-percent sure we are going to go,” Banks said. “We have a couple more pieces to put in place.”

The official qualifying period is in July. 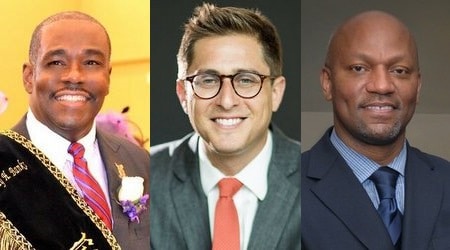 (l-r) Jay Banks, Seth Bloom, and Eric Johnson are all considering running for the District B seat on the City Council. (submitted photos)