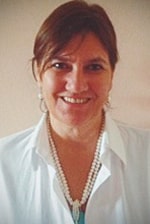 The French minister of education has named the academic director of the Lycée Français de la Nouvelle-Orléans into a 200-year-old national order that confers knighthood on those who have made notable contributions to French education, school officials learned this week.

Marina Schoen has been inducted into the Order of the Academic Palms, which was first established by Napoleon in the early 1800s and now recognizes exemplary service to French education, said Keith Bartlett, the school’s CEO. Bartlett noted that the members of the French consulate in New Orleans have taken to calling Schoen “Madame Chevalier,” in reference to her rank in the order, chevalier, or a knight.

“I just don’t have the horse,” Schoen quipped after the meeting.

Bartlett told the school’s governing board about Schoen’s award during a brief meeting Monday night at the school. Only four board members attended, not enough for a quorum, so no action was taken. Bartlett, Schoen and others gave quick informational reports on issues such as the school’s progress on its facility leases, proceeds from the recent L’Extravagance fundraiser, and staffing changes. See below for more details: