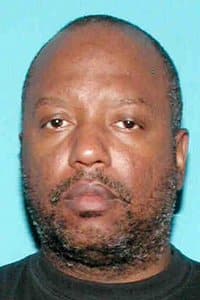 A New Orleans man is wanted on attempted-murder and armed-robbery charges after a shooting Thursday night on Forshey Street, police said.

The victim was sitting inside a vehicle in the 8900 block of Forshey Street around 9:50 p.m. Thursday, July 30, when 44-year-old Bryant Slaughter rode up on a bicycle and asked about $5 that he said the victim owed him, according to a NOPD news release.

The victim was taken to the hospital in critical condition, but was able to identify Slaughter as his assailant, and detectives obtained a warrant for his arrest. Anyone with information is urged to call the NOPD Second District station at 658-6020 to speak to a detective, or CrimeStoppers at 822-1111 to leave an anonymous tip that could be eligible for a cash reward.