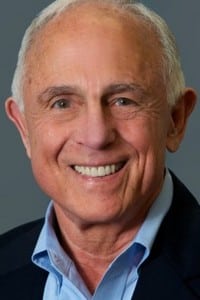 At issue is an end run effort to introduce legal “medical marijuana” into the State of Louisiana without addressing the question of legalization for recreational use. Although government has the right to legalize the recreational use of harmful substances, as with alcohol and tobacco, the current legislation skirts that question and proposes to introduce marijuana for use in a small number of medical conditions. Every time that has happened in other states, the initial legislation has been a “foot in the door,” and subsequent legislation, rules and practice has virtually legalized the recreational use, and massively increased the availability.

There is no such thing as “Medical Marijuana”. There is no medication that is prescribed by physicians where the physician doesn’t know the dose and doesn’t know the indications and doesn’t know the length of treatment and cannot be certain that the prescription will be filled with a product of known purity, known active ingredient content and known delivery system. The healthcare system in the United States, however much it may be flawed, is literally the best in the world at assuring that substances prescribed by physicians are in fact what they are supposed to be and are in fact at the dosage that they are supposed to be and that the product is free of harmful impurities and other substances. Senate Bill 143 proposes to offer marijuana for prescription by physicians that will be of unknown content and concentration and in an untested delivery system.

It is fortunate that the bill as it currently stands prohibits marijuana products designed for inhalation and also prohibits raw or crude marijuana products (whatever that means in reality). However, the law will allow extracts in oil and extract of crude marijuana plants and in fact would not exclude marijuana used by any route other than inhalation or in any one of the number of different forms. I am a physician and I would not know how to prescribe that product as medication. According to Senate Bill 143, the medication can only be prescribed for glaucoma, symptoms resulting from chemotherapy and radiation, and spastic quadriplegia. However, this, again, is a “foot in the door” strategy that is planned for expansion.

Senate Bill 143 also requires that the State Board of Medical Examiners and prescribing physicians violate Federal Law. It is contrary to existing Louisiana Law for a physician to prescribe a Schedule I drug unless that physician has a license from the Drug Enforcement Administration to prescribe Schedule I drugs. Schedule I drugs are drugs with no overriding therapeutic benefit with an extremely high abuse potential. Schedule I contains heroin, PCP, LSD and marijuana. The current rules of the Board of Medical Examiners require that physicians and other prescribers only prescribe legal drugs. Marijuana is not a legal drug in Federal Law and any prescription by a physician will thereby violate Federal Law.

In every state where “Medical Marijuana” has been introduced there has been an extension of the indications and an increase in availability of marijuana in the community. In every state where “Medical Marijuana” has been legislated the use of marijuana by young people has increased. There is very dramatic, clean and clear scientific evidence that the use of marijuana prior to age 25 injures the development of executive function and the ability to learn in those people who use it. The same might be said for other legal addicting harmful substances, and it is certainly true for marijuana.

And, of course, “Medical Marijuana” is not necessary. Marinol, delta-9 tetrahydrocannabinol, is available for the treatment of chemotherapy related nausea and vomiting, Cesamet, a name for nabilone, a derivative of marijuana, is also available for the treatment of chemotherapy nausea and vomiting and a third, Epidiolex, or pure cannabidiol is available for children with seizures through a special Food and Drug Administration program. A fourth drug, Sativex is in the last stages of approval by the Food and Drug Administration.

There certainly are known benefits in some conditions, and possible applications in other conditions for derivatives of the marijuana plant. However, for the indications authorized by Senate Bill 143 it is well known that marijuana makes Glaucoma worse and Marinol and Cesamet are already available for the treatment of chemotherapy-related nausea and vomiting and there is no consistent research that indicates a benefit of marijuana products in spastic conditions. There are other well-known and less potentially harmful medications that can be used for these conditions. Scientific literature exists in the use of marijuana for medical purposes that has shown benefit for some of its constituents, specifically cannabidiol for seizures and maybe for spasticity; however, the body of research is full of problematic science, small numbers of subjects and inadequate control groups – whereas the science that relates to the harm and potential harm of marijuana products is robust and scientifically valid.

It is not in the public interest for Louisiana to establish a Food and Drug Administration and all of that organization and bureaucracy to focus on and develop one drug. It is not in the public interest to open the door to “Big Marijuana” by legislating marijuana for medical purposes (the bill requires the dispensaries to have cash set aside of $2 million to apply to be a dispensary and the grower is required to have a $1 million net worth in order to apply for the license to grow the plant). It is certainly not in the public interest to insert physicians into this public issue by establishing a system that requires physicians to break the law should they participate, and the Board of Medical Examiners to promulgate rules that equate diagnoses to pharmaceutical agents.

Dr. Ken Roy is the founder and medical Director of Addiction Recovery Resources, a Clinical Assistant Professor of Psychiatry at Tulane Medical School, and a member of Governor Bobby Jindal’s Drug Policy Board.

14 Responses to “Guest column: There is no such thing as “medical” marijuana”