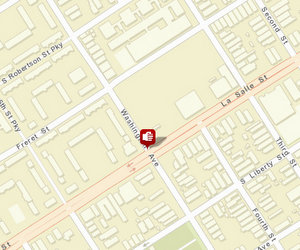 A man in his early 20s was shot Tuesday night while he played basketball near a prominent Central City intersection, New Orleans police said.

The victim, a 23-year-old man, was playing basketball near LaSalle and Washington shortly before 11 p.m., when a vehicle drove up and someone got out and began shooting at him, according to the initial NOPD report.

The victim was struck in his shoulder and his arm, and was taken to the hospital in a private vehicle, the report states.

Anyone with information about the shooting is urged to call CrimeStoppers at 822-1111.