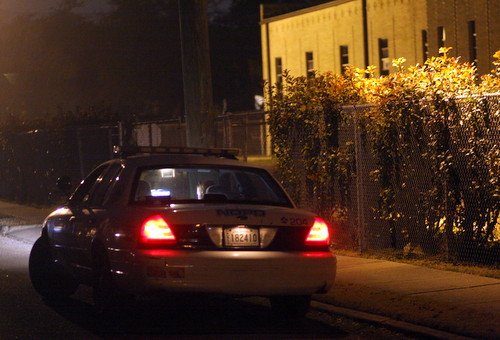 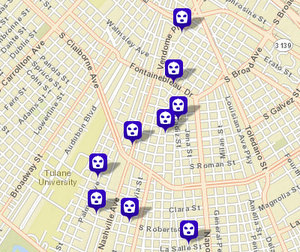 A man was robbed at gunpoint Sunday morning in Broadmoor and another robbery case was reported Sunday evening in the university area, raising the toll of incidents in the area to eight in about five days, and New Orleans police are seeking the public’s help to find a Hyundai SUV that may have been involved in some of the cases.

The recent spree began with a robbery attempt Wednesday on South Lopez, followed by another case about 10 minutes later in which the suspect struck the victim’s children. Four more cases were reported on South Jefferson Davis Parkway and Cadiz Street in Broadmoor and Palmer and Octavia streets in the university area on Saturday evening, police records show.

On Sunday morning, another robbery was reported in the 3500 block of Robert Street around 8 a.m., according to initial police reports. The 51-year-old victim was approached by two armed men who demanded his money and then fled, the report states.

Finally, crime maps show another case reported at State and South Robertson streets around 10 p.m. Sunday. Details on the case were not immediately available.

Investigators have identified a 2013 Hyundai Santa Fe with Texas license plate BRH8408 (on the front and back bumpers) fleeing the scene of several of these recent robberies, and are hoping the public can help locate it, authorities said Monday morning. Anyone with information about it should call Detective Jerry Baldwin at 658-6177 or call CrimeStoppers at 822-1111.

“It is possible that this vehicle may have been used in robberies in other districts,” according to a NOPD news alert. “Anyone coming in contact with this vehicle should use caution.”

Police have also released several photos and detailed descriptions of suspects in a robbery in the 4600 block of LaSalle, which can be viewed here.

Elsewhere in Uptown, a woman in the Riverbend was attacked and robbed by a man at her home on Joliet Street early Sunday morning. The victim, a woman in her early 40s, had gotten out of her car around 4:30 a.m. in the 1100 block of Joliet (about a block off Oak) when she saw a man with a gun jump her fence, the initial report states.

The man demanded her purse and she handed it over, and he then pushed her to the ground and left, the report states. The woman’s hands were scraped but she refused medical treatment, the report notes.