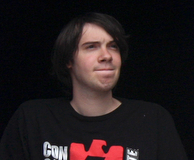 Susan Guidry, the incumbent representative for District A on the New Orleans City Council, has drawn her first announced challenger for her re-election: 27-year-old comedian Jonah Bascle.

But Bascle, confined to a wheelchair by muscular dystrophy, says he remains just as serious about making New Orleans accessible to people with disabilities as he was when he ran for mayor in 2010.

“It’s been four years,” Bascle said. “Stuff that I thought would be done by now still isn’t.”

One of Bascle’s most visible crusades — and least successful — has been trying to make the St. Charles Avenue streetcar line usable by people in wheelchairs. While the red streetcars that run on Canal and now Loyola Avenue are accessible, the green streetcars that run on St. Charles Avenue are not, and the New Orleans Regional Transit Authority insists that any change to them would run afoul of their historic designation.

“It’s still kind of a topic that a lot of people don’t want to talk about for some reason,” Bascle said, noting that the streetcar tracks have been under construction for years now without any improvements to accessibility. “They’re adding all this stuff without fixing what they need to fix first.”

“Permits are available; they just need people with enough money to purchase accessible cabs,” Bascle said. “People are just kind of avoiding it. They say it’s going to happen soon, but as of today, there are none on the street.”

On even minor issues, accessibility seems to be an afterthought, Bascle said. New curbs on Freret Street near his Uptown home were built at a sharp angle that wheelchairs can’t negotiate. New restaurant permits are issued on a regular basis to buildings that wheelchairs cannot get into.

“They say, ‘We’ve got these new restaurants — they’re great,’ but they’re not for everyone,” Bascle said.

Bascle considered running for mayor a second time, but said a City Council run will give him a similar platform — plus more leverage to do good if he wins.

“By running for City Council, if I could actually win, I could make a bigger difference that way than running for mayor,” Bascle said. “Even if you were to win mayor, it’s hard to get a lot of stuff done.”

District A is his home, he said, so his run is not necessarily directed at Susan Guidry, he said. She hasn’t been one of the primary council members involved in the committees where he has advocated for change, but as far as he knows, Guidry has done a decent job representing her district.

That said, Guidry’s lack of apparent challengers so far also played into his decision.

“It seems like should have some challenger,” Bascle said. “Having younger people on the city council would also be a beneficial thing.”

“Together, we have made great progress in rebuilding our city,” the campaign wrote. “But we need to keep up the momentum and continue improving, and that includes making New Orleans more accessible for people with mobility issues. This topic is close to Susan’s heart. That’s why we’re delighted that Jonah is continuing his crusade to raise awareness about wheelchair accessibility.”

Although he is a standup comedian, Bascle said he believes voters will take him and his message seriously. In fact, his experience on stage should help him communicate.

“I’ve never ran for office as a joke,” Bascle said. “The main thing is, I’m just being myself. When I run for office, I’m not being a comedian. I don’t think there are enough people here pointing to the spots that are ridiculous in politics, and where they could be doing more and helping more.”