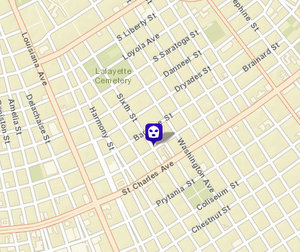 (Map of robbery via NOPD)

A man was robbed at gunpoint Saturday night on Carondelet Street, and, on Sunday, another man leaving a Gert Town store was shot in the stomach and critically wounded, according to initial reports.

Around 10:20 p.m. Saturday, a man was near Sixth Street and Carondelet when he was approached by three strangers who demanded to know what was in his bag, the report states. One then pulled out a gun and took $3.50 from him, then ran off.

Around 11:45 p.m. Sunday, a 39-year-old man was leaving a store in the 3300 block of Short Street (near Carrollton and Earhart) when two men followed him behind a car wash across the street, where they shot him in the stomach, the report states. He was listed in critical condition afterward, the report states. 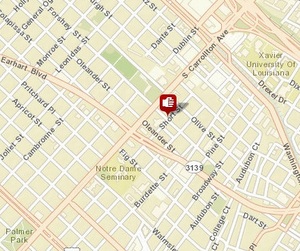 (Map of shooting incident via NOPD)

Anyone with any information about either incident is urged to call CrimeStoppers at 822-1111.