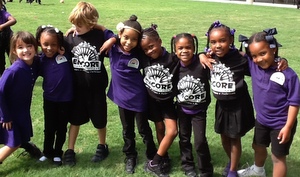 ENCORE Academy is considering giving admissions preference to students from a large swath of Uptown — from the Garden District and Central City though Broadmoor and into Carrollton and Hollygrove — but the plan is on hold amid a sudden uncertainty about its location after next year.

The admissions district would likely be based on ZIP codes, starting with 70115, 70118 and 70125 — an area that runs from Washington Avenue all the way upriver to the Jefferson Parish line, including more than 40,000 residential addresses as of November — and possibly including one or two others, said ENCORE school leader Terri L. Smith. If approved, ENCORE’s admissions district might be the largest in the city — Hynes and Morris Jeff both give preference to single zip codes, and Lusher’s admissions district covers only about half of the East Carrollton neighborhood. 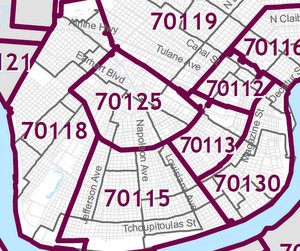 From a financial standpoint, the move might help the school with transportation costs, said ENCORE Academy board president Kesana Durand. For example, the board is currently considering eliminating a single bus route that would save the school $25,000. Such a change would also help create more of a neighborhood identity for the school, where school leaders have long said they would like to serve the greater Uptown area.

Complicating such a decision, however, is the Recovery School District’s decision to turn over operations of Crocker Arts and Technology School to New Orleans College Prep. ENCORE had hoped to absorb the Crocker students so that they could all stay in the new Crocker building on Marengo Street together, but New Orleans College Prep has informed ENCORE that they will need to move out after next school year.

That decision may mean ENCORE returns to its original plan of converting a non-traditional space somewhere into a school building, such as it had originally planned with a Washington Avenue warehouse before OPSB deputy superintendent Kathy Padian negotiated the two-year Crocker arrangement, Smith said. ENCORE’s charter from OPSB does not guarantee it a building.

“We’ve never been told, ‘We’ll get a building for you.’ That’s not how it works,” Smith said. “But that’s not to say they’re not advocating for us. We ended up here because of Kathy [Padian], and we were grateful.”

Drafting a list of possible new locations probably won’t be done before admissions for next year, so Smith said the board may need to make a decision on the admissions district without knowing where the school will be located in two years. She recommended, however, that the board operate from the assumption that remaining somewhere in the Uptown area will be a priority.

In the meantime, the ENCORE board decided not to participate in next year’s OneApp enrollment process after deciding there was no compelling reason to do so immediately. Kindergarten is the only grade that will need heavy recruiting next year, Smith said, and even 15 to 17 of its spots will be filled by rising pre-K students.

ENCORE will have students from pre-kindergarten to sixth grade next year, but may not have a fifth grade. The school opened admissions this year with grades pre-K through 2 for its elementary school and grade 5 to begin its middle schools, then added a section of third grade midway through the process based on demand from incoming parents. It has been more challenging to create a school culture with the older students than it is with younger children, however, Smith said, and while the current fifth graders will rise to sixth grade next year, the school may not attempt to fill in that gap behind them unless there are enough requests to do so from incoming parents.