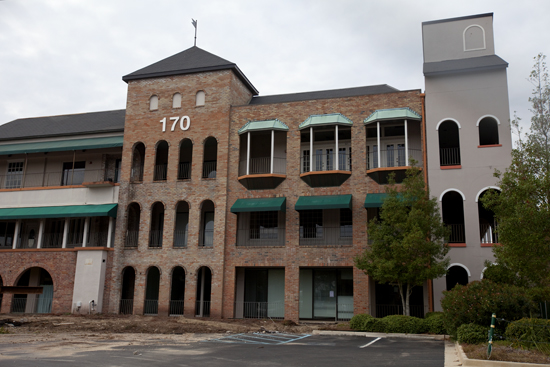 The Uptown Square building at 170 Broadway will be demolished to make way for an expansion of Lambeth House. (Sabree Hill, UptownMessenger.com)

A portion of the original Uptown Square shopping center on Broadway Street has been cleared for demolition to make way for an expansion of the Lambeth House senior living facility. Meanwhile, a historic Central City gas station will be preserved and the fate of a church next to Ochsner Baptist Medical Center will be postponed by a month, based on decisions Monday by the city’s demolition-review panel. 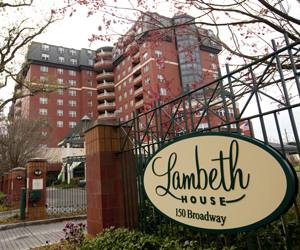 The three-story building at 170 Broadway will be replaced with a three-story, 42-foot building no taller than the current building, said Scott Crabtree, CEO of Lambeth House, in an appearance Monday before the Neighborhood Conservation District Committee.

“We’re requesting demolition to construct a new state-of-the-art holistic wellness center and nursing care center as an expansion of Lambeth house on that site,” Crabtree said in brief comments before the committee.

The wellness center will be on the first floor, with the nursing care center on the second and third floors above it, Crabtree said. With brief questions from the committee about the height of the new building, the demolition was approved by a 9-0 vote. 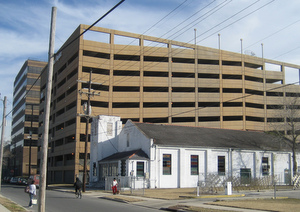 The Greater Rose Baptist Church sits next to the Ochsner Baptist's Jena parking garage on Willow Street. (photo via flickr.com/photos/infrogmation/)

Whether the Greater Rose Baptist Church on Willow Street in the Freret area will be torn down by Ochsner Baptist remains to be seen, after the committee granted a community member’s request for a month delay on the decision to organize a meeting between the hospital and the neighborhood.

Ava Collins of Ochsner Baptist told the committee that the church, which the hospital bought in 2006, sits directly behind the Jena parking garage and has been the subject of safety concerns from hospital staff and visitors. After it is torn down, the hospital plans to fence and landscape the lot, Collins said.

“We think it’s important from a health care perspective that those being served feel safe,” Collins said.

Freret-area resident Richard Dimitry asked the committee to delay a decision, however, so that the neighborhood could meet with Ochsner, preferably at the upcoming Neighbors United meeting on Feb. 14. It’s a “nice-looking little old church,” Dimitry said, and while it’s said to have been built in the early 1950s, he said he remembers it standing there before then.

“The only thing that’s not their parking garage is this church,” Dimitry said. “I don’t see where we need any more asphalt.”

At the suggestion of committee member Georgia Bryant, the church issue was postponed until March 5.

The old service station at 3422 Washington Avenue. (via PRC)

The historic Ratliff’s service station on Washington Avenue near South Galvez will be preserved, as the owner continues to repair it. Michelle Kimball of the Preservation Resource Center noted that the building has been deemed eligible for the National Register of Historic Places, so any demolition would have to go through that process.

The architectural elements of this building are wonderful,” Bryant said, urging the PRC to help preserve as much as possible. “It’s a beautiful building, and it could be just gorgeous.”